Filipino investors optimistic on pensions, but based on some risky assumptions – Manulife Survey 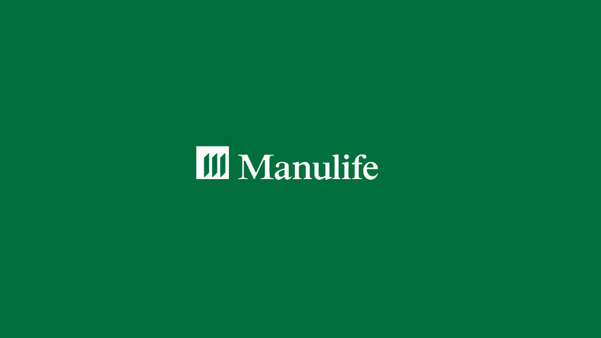 The majority of Filipino investors are satisfied with their government pension – but that sentiment is based on specific assumptions and a cash-dominant approach to retirement working out, according to the latest Manulife Investor Sentiment Index.*

Two-thirds of respondents said that they are confident that their government pension would be enough to meet their needs upon retirement – the highest level of all surveyed markets. In contrast, across all surveyed markets the proportion of confident investors was less than 40 percent, and as low as one-in-ten in some markets.

While such optimism seems positive, the survey shows it is based on some risky assumptions. First, investors expect their retirement income to be relatively high, at 92% of their current income – the highest estimate among all surveyed markets (Asia average 69%). Second, they expect their retirement expenses to be relatively low, at just 61 percent of their current income, at the lower end of surveyed markets (Asia average 66%). Third, nearly all (95%) said that in retirement they expect to rely on private healthcare – by contrast, in every other market only a minority expected to rely on private healthcare (Asia average 38%).

“Filipino investors have high estimates of their retirement income. Even if these turn out to be right, they may not be enough to cover their actual costs,” said Ryan Charland, CEO of Manulife Philippines. “Today, people generally expect their retirement to be active, and that means expenses will likely be much higher than what many realize. In addition, healthcare tends to cost a lot more than people expect. In Asia healthcare costs have risen about twice the rate of inflation over the past 10 years. Of course, it’s even more expensive if you go private.”

The survey highlights that Filipino investors have a high degree of reliance on their government pension, with only one in five owning an additional, private pension plan. Instead, many expect to fall back on other, less assured, largely cash-forms of income, notably savings (which they expect to make up 37% of their retirement income) and inheritance (12% of their retirement income) – in both cases the highest reliance of any surveyed markets. This cash-dominant approach to retirement is reinforced by the finding that, on receiving their pension, Philippine investors plan to deposit nearly half into the bank, the second-highest level of all markets (Asia average 35%).

“We know that Filipino investors like to hold cash and are among the most cash-heavy investors in Asia. The latest survey shows us they also plan to be Asia’s most cash-reliant investors when retired,” said Mr. Charland. “Keeping cash in the bank provides minimal returns, which may not even keep up with inflation. Their retirement optimism would have a sounder basis with a more balanced portfolio, especially given that retirement today can last 30 years or more.”

*About Manulife Investor Sentiment Index in Asia
Manulife’s Investor Sentiment Index in Asia is a quarterly, proprietary survey measuring and tracking investors’ views across eight markets in the region on their attitudes towards key asset classes and related issues. The Index is calculated as a net score (% of “Very good time” and “Good time” minus % of “Bad time” and “Very bad time”) for each asset class. The overall index is calculated as an average of the index figures of asset classes. A positive number means a positive sentiment, zero means a neutral sentiment, and a negative number means negative sentiment.

The Manulife ISI is based on 500 online interviews in each market of Hong Kong, China, Taiwan, Japan, and Singapore; in Malaysia, Indonesia and the Philippines it is conducted face-to-face. Respondents are middle class to affluent investors, aged 25 years and above who are the primary decision maker of financial matters in the household and currently have investment products.

The Manulife ISI is a long-established research series in North America. The Manulife ISI has been measuring investor sentiment in Canada for the past 15 years, and extended this to its John Hancock operation in the U.S. in 2011. Asset classes taken into Manulife ISI Asia calculations are stocks/equities, real estate (primary residence and other investment properties), mutual funds/unit trusts, fixed income investment and cash.

About Manulife
Manulife is a leading Canada-based financial services group with principal operations in Asia, Canada and the United States. Clients look to Manulife for strong, reliable, trustworthy and forward-thinking solutions for their most significant financial decisions. Our international network of employees, agents and distribution partners offers financial protection and wealth management products and services to millions of clients. We also provide asset management services to institutional customers. Funds under management by Manulife and its subsidiaries were approximately C$637 billion (US$597 billion) as at June 30, 2014. We operate as John Hancock in the U.S. and as Manulife in other parts of the world.