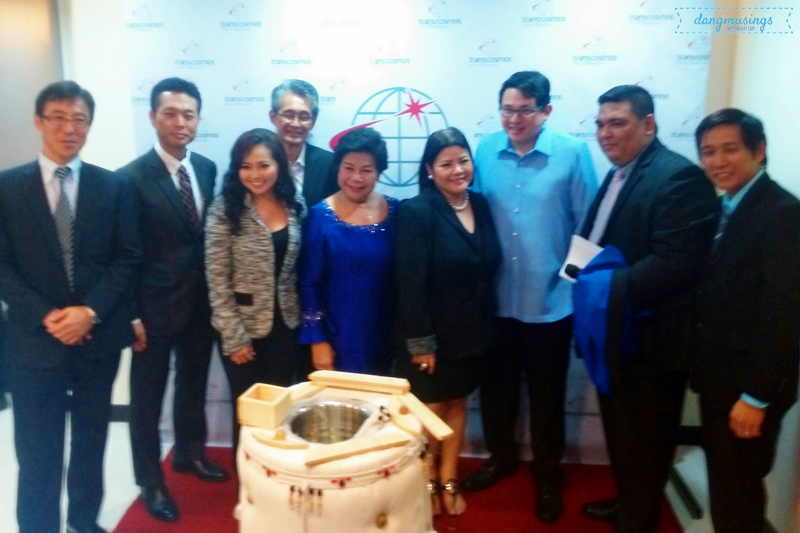 transcosmos Asia Philippines began operations as of September 2014. This is the company’s 70th overseas location and the fourth in South East Asia, following Thailand, Indonesia and Vietnam. Apart from providing BPO services such as contact center and back-office operations, transcosmos Philippines will also provide smartphone website and application development and operation services. Because of the English language proficiency of Filipino workers, the company will serve both the local and global market.

Guests of Honor Senator Paolo Benigno ‘Bam’ Aquino IV and PEZA Director General Lilia De Lima gave some keynote speeches as well as DOST Deputy Executive Director Monchito Ibrahim. It was then followed by the inaugural opening ceremony in the form of Kagami Biraki. This ancient sake barrel ceremony symbolizes the beginning of a new endeavor and the strengthening of friendship.

transcosmos Philippines is aiming to employ at least 2,000 people, setup additional hubs possibly in Cebu and Davao and generate sales of ¥2 billion by fiscal 2018.

In a brief conversation with Ms. Hanna Supetran, the company has a basic requirement: English proficiency. Undergraduates are welcome to apply. In case he/she fails the assessment, the company will train them until they pass. They offer a competitive salary package, based on industry standard.

transcosmos is part of the International Association of Outsourcing Professionals’ Global Outsourcing 100 Leaders (ranked number 13, 2014). What started as a data entry operations business in 1966 became an outsourcing company in the ’80 and is currently in 74 locations, employing around 15,000 globally.

IT BPO company in ortigas transcosmos philippines
Leave a comment