What do students like iACADEMY‘s Game Changers look forward to aside from anything that remotely involves time off from school? SCHOOL FAIRS!

Technically it’s still a busy time (if you got yourself involved with the event itself). But also gives an opportunity to step away from the pressures of acads for a bit, showcase one’s talent / participate in activities and have fun.

From visiting a new senior high school in the cold and cloudy Amadeo, Cavite, I made my way to the heart of Ayala Business District. It was time to celebrate with students and alumni referred to as Game Changers, faculty and administration during their school’s 15th anniversary kick off event dubbed as “COSMIC“! 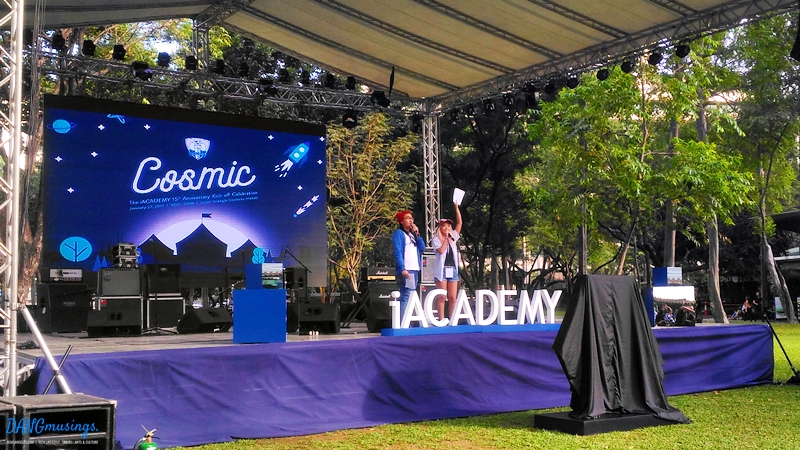 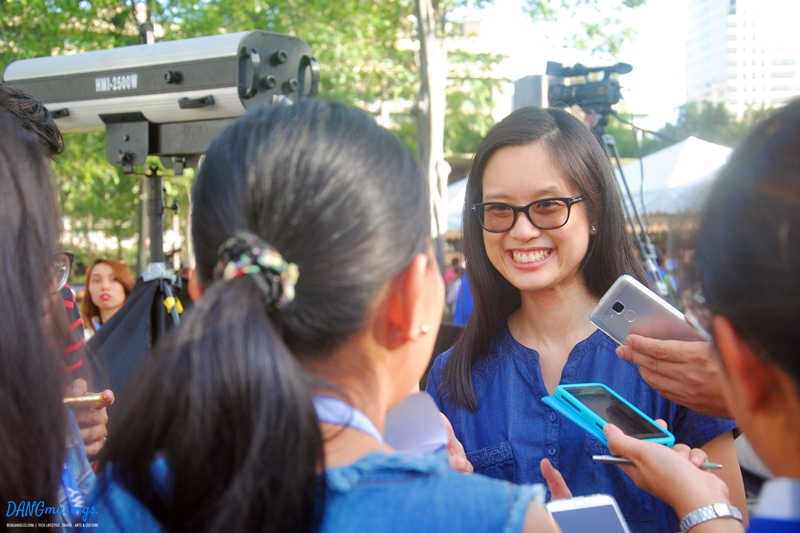 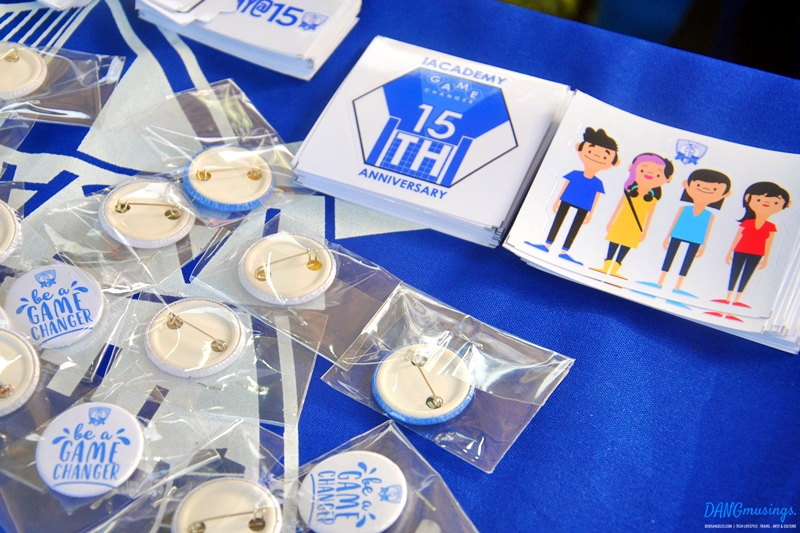 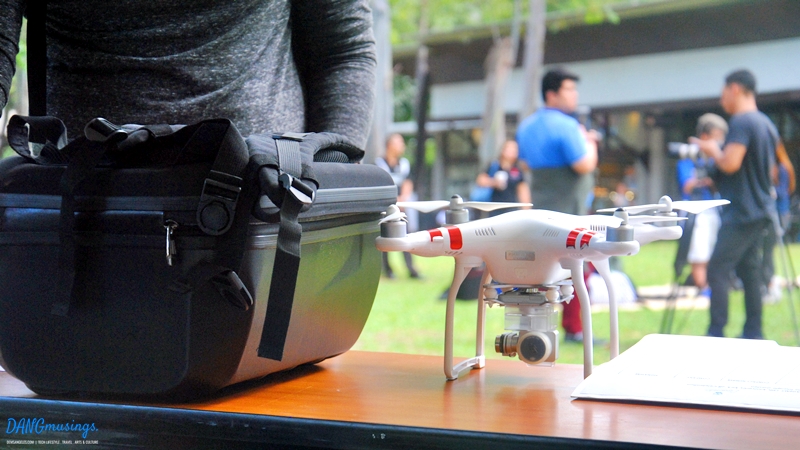 A stage was set up at the Ayala Triangle Gardens, surrounded by tents featuring activities and exhibits such as live art, photography, typography, fashion, games and more that is open to all. 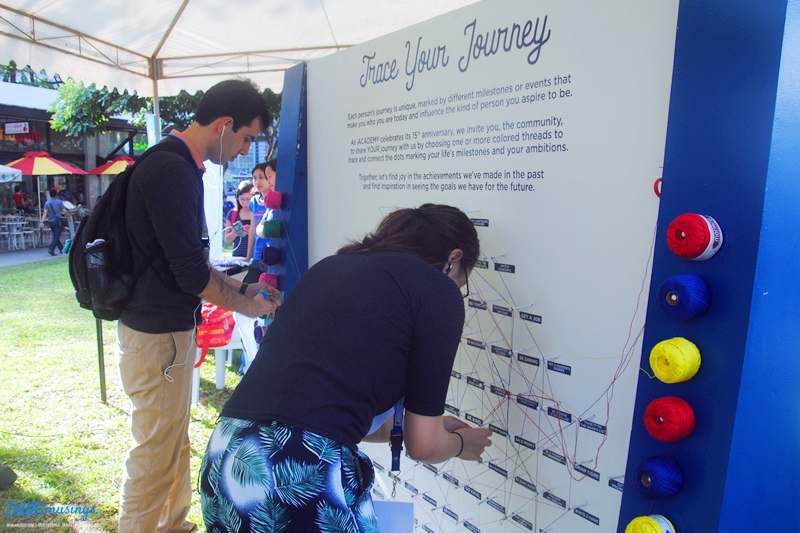 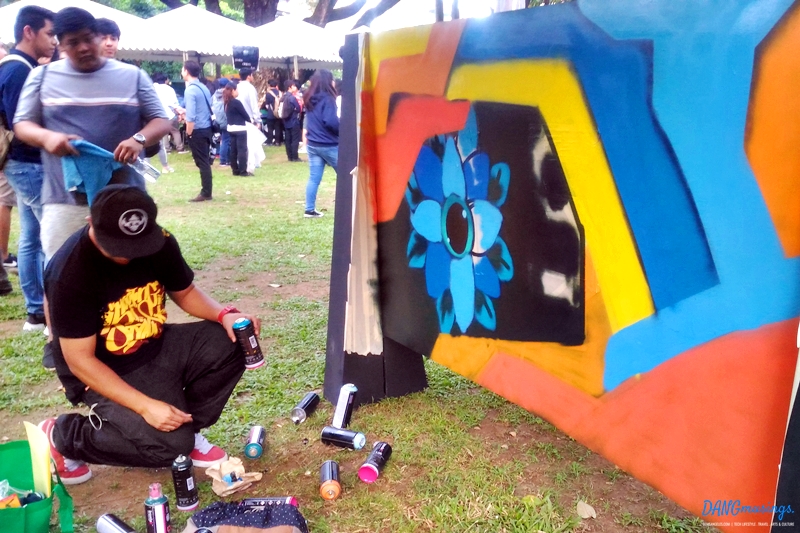 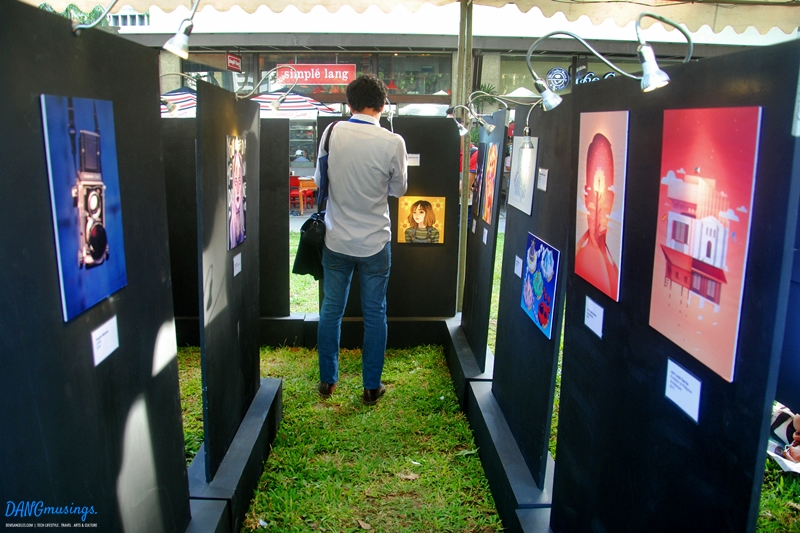 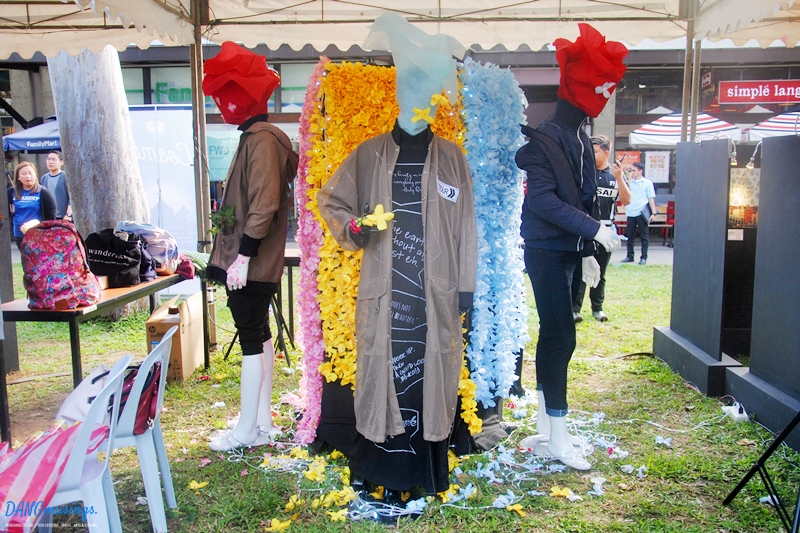 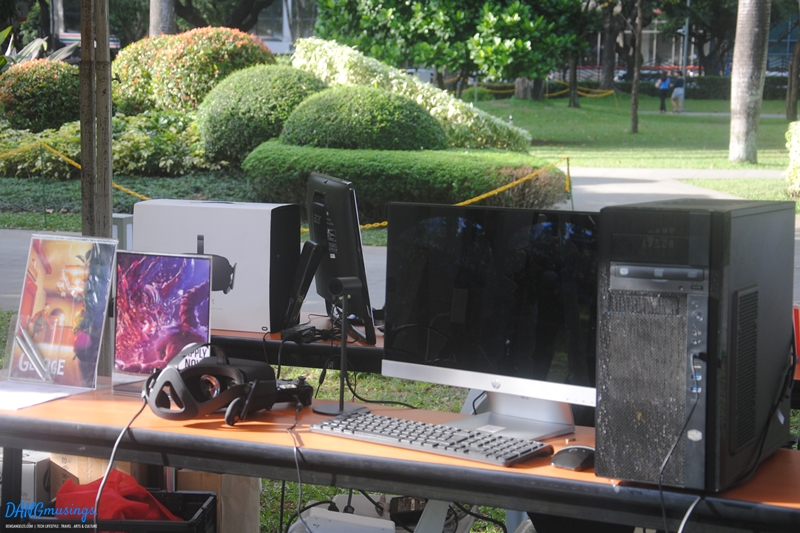 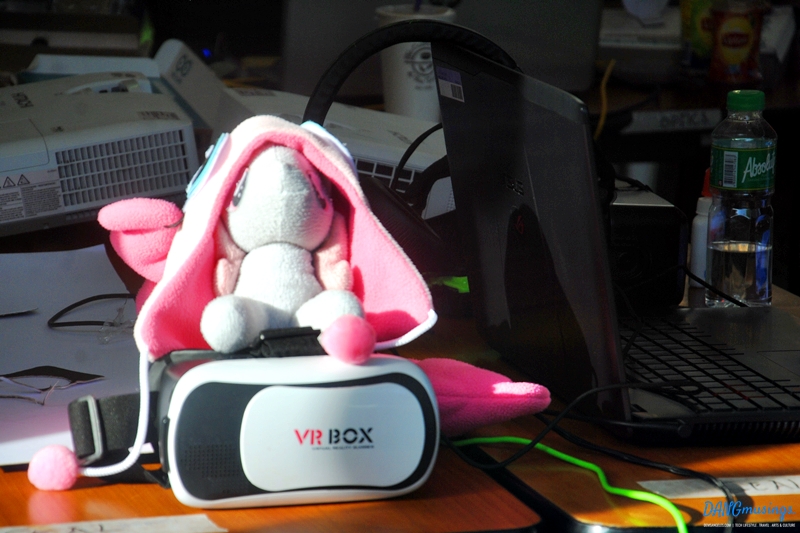 To start the event, iACADEMY President and CEO Vanessa Tanco gave the welcome remarks and spearheaded the unveiling of the anniversary logo.

First off was the award-winning “Yolanda” (Jen Castillejo and Krizia Villanueva), a cinematic tale inspired by true events that happened in Tacloban, Leyte in 2013. The film has won several awards including the Best Student Film Award at the 2015 Manhattan International Film Festival and 2016 NCCA Ani ng Dangal Award for Cinema.

Documentary film “Ang Paglimot sa Pintura” (Katrina Barquin and Pearl Pabalan) focuses on the antiquated method of hand-painted movie posters and the lives of artists behind it. “Tether” (Karmi Panaguiton and Kate Villarico) challenges the existentialist philosophy behind realistic love stories versus common fairytale-like romances. A short narrative film, “Crimanimal” (Aris Cuevas), the mind of a psychopathic criminal and how he controls and affects the lives of the people around him. In “Yapak” (Dwight Galang, Nicolai Maybutuin and Alfel Robles), an ambitious journalist sets out to a forbidden forest in search for the people that according to tales had been lost and taken by engkantos. Elsewhere, a group of guerillas led by a fierce woman catches an army general sworn to guard the people from the forest’s mythical dangers. 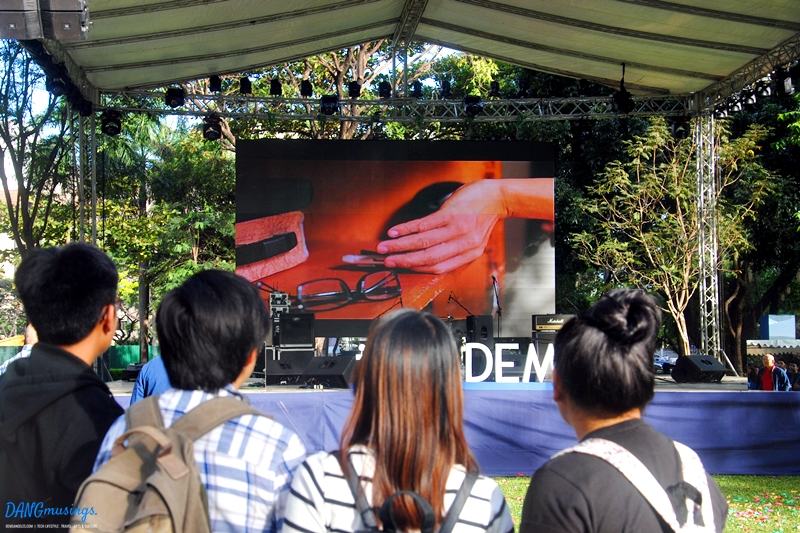 Unfortunately, I had plans that night so I missed out the awesome performances of Oh, Flamingo!, Reese Lansangan, Jensen and The Flips, Autotelic and Itchyworms! Four animated films were also screened in between sets:

This is just the first of many upcoming events from iACADEMY’s year-long celebration. Like their official FB page for more updates. See you in future events! :]

iACADEMY is located at 324 iACADEMY Plaza, Sen. Gil Puyat Avenue, Makati City. The institution offers specialized courses in Computing, Business and Design. For more information on their Senior High School and Degree Programs, visit their website or call (632) 8897777 for inquiries.