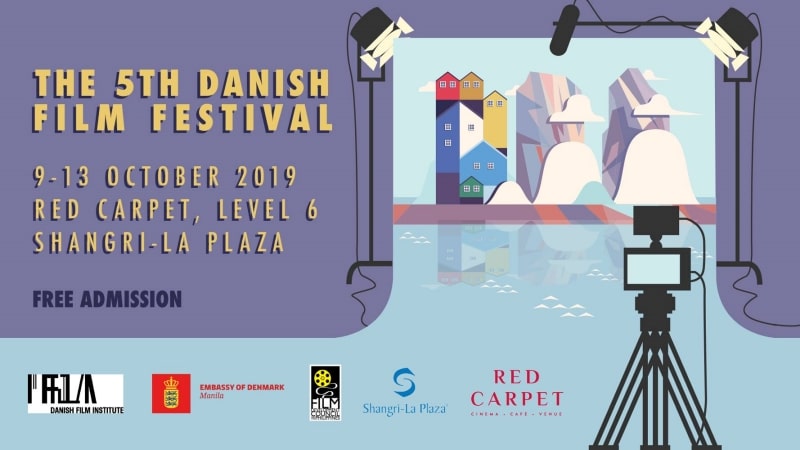 A Filipino film takes centerstage in the fifth edition of the Danish Film Festival in Manila.

NUUK, the first Filipino movie filmed in Greenland, is set to open the Danish Film Festival on Wednesday, 9th of October at the Red Carpet Cinema 4, Shangri-La Plaza, Mandaluyong City. The film is headlined by Aga Muhlach and Alice Dixson and directed by Veronica Velasco. Together with nine (9) full length Danish films, the festival will showcase the strength and variety of the Danish film culture until October 13.

Elaisa Svendsen (Alice Dixson) is a Filipina immigrant in Nuuk, Greenland struggling to survive the recent death of her husband. Abandoned by Karl (Ujarneq Fleischer), her only son, she tries to cope using alcohol and drugs. Her life changes when she meets Mark Alvarez (Aga Muhlach). Mark is a fellow Filipino fighting loneliness that surrounds the city. Together, they find love in the cold and isolated place of Nuuk. When all seems perfect, Mark disappears without a trace.

Darling is a world-famous Danish ballerina. After a long absence, she and her husband Frans return to the Royal Danish Ballet in Copenhagen to perform the classic ballet ‘Giselle.’ She will dance the title role with Frans as choreographer. During rehearsal, Darling collapses in pain. Try as she may to deny it, the prognosis is clear: her hip is irreparably damaged. She will never dance again. Her professional life, her world, is in ruins. But Darling refuses to let go. She decides to train her replacement, a young ballerina named Polly, to make Polly the Giselle she can no longer be. But as Polly becomes the center of attention, of Frans’ attention, Darling’s emotional stability begins to unravel.

I Am William (Jeg er William)

William lives with his uncle Nils. His father is dead and his mother is mentally unstable. Nils retired early and spends his day buying and selling stuff at a favourable price. Nils owes some gangsters money and they want their debt paid back.

Iranian Esmail is being deported from Denmark and is fighting desperately to stay. When he meets Danish-Persian Sara, Esmail unexpectedly falls in love with her. But time is running out and one man – whose life Esmail has ruined in his attempt to find a place in Danish society – is on his case.

Across the Waters (Fuglene over sundet)

The year is 1943 and rumors have it, that the Germans are about to deport all Danish Jews. The Jewish jazz musician Arne Itkin, his wife and their 5-year-old son quickly realize that they have to flee to safety in Sweden, in order to avoid the horrors of the concentration camps. But who can be trusted when Gestapo and Danish collaborators are on their heels to stop anyone from fleeing the country.

A gifted engineer flees his austere roots to pursue wealth and success among Copenhagen’s elite, but the pride propelling him threatens to be his ruin.

A punk chick flick that mixes documentary material with highly stylized fiction. Over the course of one Danish summer, eight teenage girls comes to realise that they need each other in order to ride out the storm of hurricane season that is adolescence.

Cirkeline finds a bestie with the airs of a princess, and Ingolf meets a rhinoceros who’s fed up with always being the little one. They set off together on a journey that teaches them that being in charge isn’t always a piece of cake and that even the teeniest of rhinos can prove the greatest of heroes.

In 1967, two brothers from Copenhagen, Denmark, wind up in an orphanage, where the headmaster’s cruel tyranny slowly provokes the kids to push back.

All screenings are FREE and on a first come, first served basis.

For more information visit Denmark in the Philippines Facebook page.