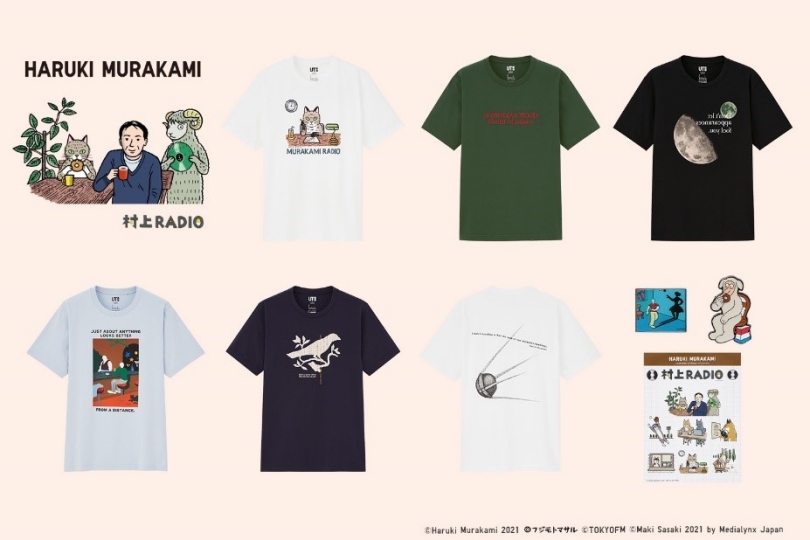 This collaboration takes inspiration from the memorable phrases and striking cover designs of six of his novels that have been particularly praised in Japan and around the world and incorporate the designs into T-shirts. The lineup also includes designs with illustrations of the cat featured on Murakami Radio, the music program that Murakami himself produces and hosts, and other items reflecting his unique sensibility.

Here’s a preview of all eight designs:

The Haruki Murakami / Murakami Radio UT Collection will be available in all UNIQLO stores in the Philippines and the uniqlo.com/ph online store under the Men’s T-shirt sections starting March 22. Each piece retails at P790 and sizes run from XS-XL in all physical stores and 2XL-3XL in the online store only.

Born in Kyoto, Japan, in 1949, Murakami graduated from the First Department of Literature, Waseda University. His debut novel Hear the Wind Sing was published in 1979, and his novel Norwegian Wood (1987) became a best seller. His popular radio program, Murakami Radio, features music that he selects himself and is broadcasted on TOKYO FM and other stations in the JFN38 network, Japan.