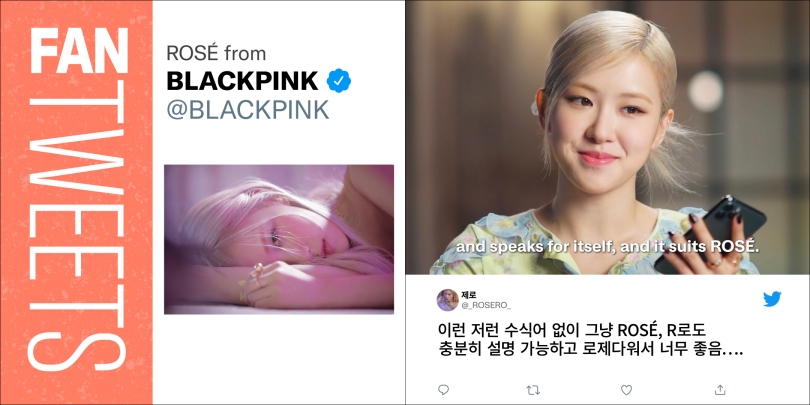 Twitter is bringing its popular  #FanTweets videos to K-pop for the first time, starting with  #FanTweets from BLACKPINK’s ROSÉ. ROSÉ’s  #FanTweets videos, released via  @BLACKPINK today, on April 15 KST, feature the superstar artist replying to fans’ Tweets about her new album, stage performances, life, and her dog ‘HANK’.

#FanTweets are a custom type of exclusive content on Twitter, where celebrities record their responses to real Tweets from fans.  # FanTweets help to bring fans closer to their favorite artists and give them a chance to hear straight from the artists themselves. Also, witty, vibrant, and authentic tweets from fans will provide a different fun experience unique to  #FanTweets.

YeonJeong Kim, Head of Global K-pop Partnerships at Twitter, said, “#FanTweets offer another way for fans to hear directly from their favorite K-pop artists. With #FanTweets, BLACKPINK’s ROSÉ shared new sides to her, as well as more stories for her fans to cherish. Twitter will offer more fan-driven exclusive content to enable fans to connect with their favorite artists and to drive conversations about #KpopTwitter and various K-content.”

Follow ROSÉ and BLACKPINK right now to get real-time updates about ROSÉ and more.