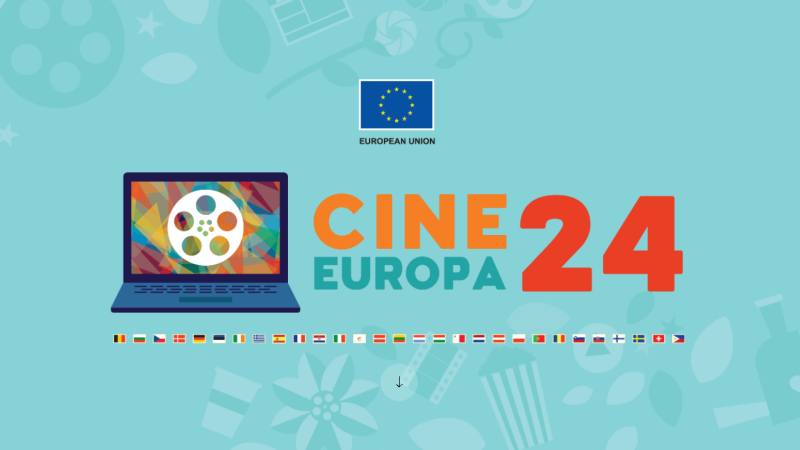 Explore the colorful culture of Europe with Cine Europa 24 this September.

Cinemas are still closed (as of writing) due to prevailing community quarantine guidelines but the pandemic cannot take away the fun of watching films. Almost 2 years in and you might be already bored with the content served on mainstream platforms. Luckily, the Philippines has an abundance of film festivals that continue to serve audiences with a curated list of contemporary films.

Audiences from around the country can stream 17 film titles with diverse stories for FREE, thanks to the upcoming Cine Europa 24 film festival, organized by the Delegation of the European Union of the Philippines, together with the EU Member States with the EU Cultural Institutes.

This year’s selection will surely appeal to Filipino audiences who look for more socially relevant and character-focused films. Most of the themes revolve around the dynamics of families, inclusivity (LGBTQIA+), work-life balance, and more – which highlight the core values of European society. Read on for the synopsis of each film entry:

Anne Walberg is a master in perfumes. She creates fragrances and sells her incredible gift to many companies. She is a diva, selfish and temperamental. Guillaume is her new driver and the only one who dares facing her. This is probably why she does not fire him.

Based on the play “The Society of Owners (Condominium)”, this wonderful and unique comedy gives the audience an insight into Czech mentality through funny moments experienced at a regular condominium meeting where the owners of the apartments are supposed to make some decisions but are unable to do so. The seemingly simple vote is complicated by the fact that everyone has their own ideas and agenda. Delightful Czech dry humour will undoubtedly entertain you and make your smile.

Emma Ortlund has a lifelong dream of becoming a fashion model and asks Par Johansson, founder of the Glada Hudil THeatre, for help. It’s an unattainable dream for most people, even more so for people with disabilities. Together with a group of modes, who do not usually appear in the fashion world, they embark on an exciting and bewildering journey to fulfill this seemingly impossible mission.

The Painting is a mystery documentary about Velázquez’s Las Meninas, the most widely interpreted work of art in history. A film that plays to turn the viewer into a detective and guide him through the maze of clues that lead to deciphering its secrets.

When Amador Coro gets out of prison for having provoked a fire, nobody is waiting for him. He returns to his hometown, a small village hidden in the mountains of rural Galicia, to live with his elder mother, Benedicta, and three cows. Life goes on calmly, following the rhythm of the nature. Until the night when a fire devastates the region.

The keys to Trezor, the vault of the Ministry of Internal Affairs are lost in the confusion of the 1956 Revolution. And so, only a few days after the battle for independence is violently put down, the police pulls a former bank robber out of prison and asks him to open their own uncrackable safe. The convict, however, finds something very different behind the vault’s door than what he expected. An exciting plot unfolds, full of unexpected twists, where nothing and no one is what they seem to be.

The Lure revisits Hans Christian Andersen’s classic. At the crossroads between a musical and a rebellious horror film, this fairy tale for adults takes the viewer into a world inspired by Warsaw’s dance scene in the ’80s.

One evening, Gold and Silver, two mermaid sisters, leave their underwater world to step into the human world. They end up in a nightclub, where local divas perform classics such as I Feel Love by Donna Summer or Byłaś serva biciem by Andrezej Zaucha surrounded by disco balls and neon lights. When the owners discover that the sisters’ beautiful legs turn into a fishtail at the touch of water, they immediately see the potential for new flamboyant shows. The unbreakable sisterly bond is put at risk when Silver discovers love and affection in the arms of the beautiful young man, while Gold feels the urge to drink human blood to survive. For each of the sisters, it is time for a choice, but a cruel and bloody one.

Olivier does the best he can to fight injustice at work. But from one day to the next, when his wife Laura abandons the family home, he is left alone to juggle between the children’s needs, life’s daily challenges, and his job. Faced with these new responsibilities, he struggles to find a balance. Because Laura’s not coming back.

9th of April 1940 Denmark is attacked by Nazi Germany with the demand of an immediate and unconditional capitulation. After a few hours, the Danish Government surrenders and begins a cooperation with the Nazis. But on the other side of the Atlantic is the Danish ambassador in America, the daredevil and man of the world, Henrik Kauffmann who is willing to stake everything in one throw. He refuses to give in to the German demands and instead he creates a rebellious plan to defeat Hitler and give the Danish population back their freedom.

Thirty-seven-year-old Panayiota leads a quiet, modest life with her husband (a domineering presence who spends his meager unemployment income at gambling parlours), her rebellious teenage daughter, and her sensitive younger son. Sacrificing and servile (and nearly illiterate) Panayiota is trapped within a domestic environment that prevents her from achieving independence. One day, an opportunity for employment as a cleaner at a nearby mall stirs in her the excitement of a new life. Eager but introverted, she quickly becomes a model employee, gains financial independence, and expands her social life beyond the walls of her apartment. Back home, the family looks on with respect at Panayiota’s blossoming freedom. Yet her newly gained autonomy stands to be prematurely pruned by a series of layoffs at work.

The life of Maddalena takes place entirely in a village in the Italian province. She works as a chambermaid in a seminar to meet the aspirations of her son Paulo, an aspiring priest. His vocation is soon tested when Agnese, a beautiful girl, falls in love with him and overwhelms him with passion. Maddalena is aware of what could happen, she does everything to protect her son from falling victim to the sin of the flesh.

For almost half a century, an old man has been the warden of a bird sanctuary on a tiny island in the middle of the ocean. One day he receives notice that his posting will be discontinued. His happy life – in and alongside nature – comes to an abrupt end. But the warden refuses to accept his dismissal. Determined not to leave, he decides to fight back in his own way.

The true story of Erik Schinegger, women’s world champion skier. Declared female at birth and was raised as a girl, until a newly-introduced gene test proves that he is genetically male. All are overwhelmed by the discovery, especially Erik himself. Joy at his athletic success gives way to heartbreak as he is disqualified and accused of fraud. The National Ski Federation, not prepared to take such a scandal lying down, insists that he undergo a medical procedure to make him fully female. Erik suddenly finds himself alone, with no support from family or friends, faced with the most important and agonizing decision of his life. The story of his life as a woman, his ultimate transition to manhood and his fight for recognition in an age where there was no place in the social dictionary for a world life “transgender”.

In the wilderness of the Bucharest Delta, nine children and their parents lives in perfect harmony with nature for 20 years – until they are chased out and forced to adapt to life in the big city.

Aurora, a commitment-phobic party animal, meets Iranian Darian one night at a hot-dog stand in Lapland. Darian is running from death and Aurora is running from love. They need each other in order to finally stop running.

Nora, a shy 14-year-old Berlin girl, will never forget this way too hot summer. Surrounded by people with disrupted biographies, from different cultures and backgrounds, she makes her way into adulthood. Nora gets her first period, falls in love with another girl, learns to stand up for herself and gets her heart broken for the first time. When summer ends, things will never be the same again for Nora.

Anna is working as a violin teacher at a music high school in Berlin. Her French husband Bronsky is a violin maker. They have a ten-year-old son. At the annual entrance exam, Anna decides against the will of her colleagues for the admission of a boy in which she sees a great talent. She wants to prove to her colleagues that she was right about him and soon devotes more time and attention to her next student Alexander than to her own son Jonas and thus brings the two boys into competition with each other. At the same time, her marriage to Bronsky becomes more complicated. Anna withdraws more and more from her family and begins an affair with her colleague Christian, who encourages her to participate in a quartet. When Anna falls at her own concert with Christian, she feels under pressure. What she did not succeed in shall be achieved by her gifted student, Alexander. More and more obsessed, she tries to drive him to peak performance. On the day of the interim exams, a tragic accident occurs.

Virtual screenings are FREE when you register an account at the e-venue: https://www.cineeuropaph.com/. First-come, first-served basis applies. All films will be shown in their original language with English subtitles.

Visit the Cine Europa Philippines official Facebook page and the pages of the participating EU Member States embassies and cultural institutes for updates.