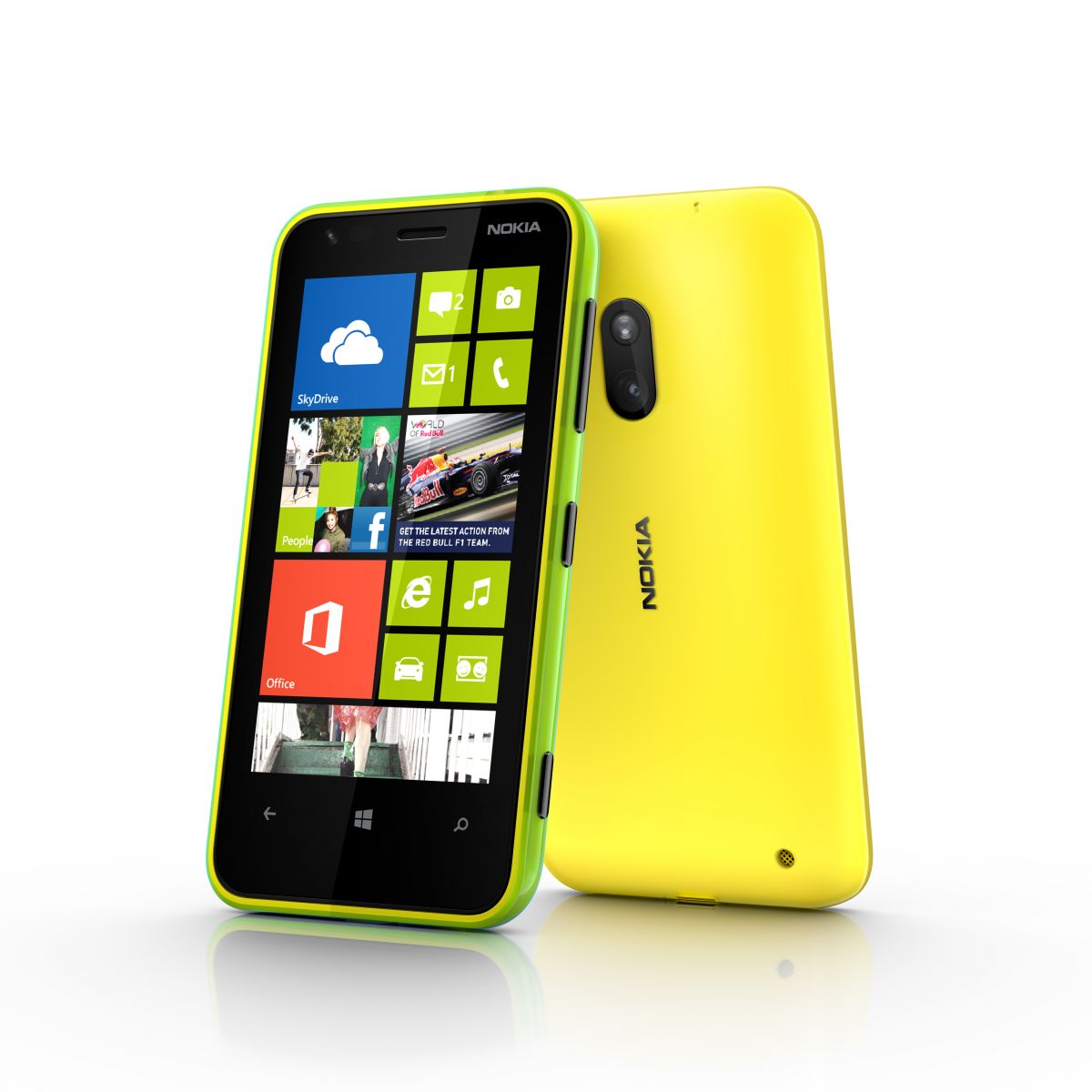 The Nokia Lumia 620 uses a new dual-shot color technique to deliver a variety of striking color and texture effects. Dual-shot adds a second layer of colored, transparent or translucent polycarbonate on top of a base layer to produce secondary color blends and depth effects.  With seven different exchangeable shells to choose from, people can adapt the look of their Nokia Lumia 620 to their own personal taste and style.

“We continue to execute on our strategy to reach new audiences and new markets,” said Jo Harlow, executive vice president, Nokia Smart Devices. “With its innovative design, the latest Windows Phone 8 software and signature experiences from Nokia, like Nokia lenses, Nokia Maps and Nokia Music, the Nokia Lumia 620 is a highly competitive smartphone at this price point.”

Among the features shared with the Nokia Lumia 920 and Nokia Lumia 820 are exclusive camera lenses that transform the creative power of the Nokia Lumia 620’s five megapixel main camera and VGA front-facing camera. The Cinemagraph lens adds simple animations to still photographs, while Smart Shoot creates a single, perfect shot from multiple images, even removing unwanted objects from the picture.

Making it easy to discover and enjoy new music, Nokia Music provides free streaming of ad-free tracks without registration or subscription and the ability to download playlists for listening offline. With NFC support, the Nokia Lumia 620can easily pair with NFC-enabled accessories like the JBL PlayUp Portable Speaker for Nokia. Open and secure NFC-connectivity makes it possible to share and receive content by tapping with compatible devices, or make secure payments using the Wallet application in Windows Phone 8.

These features and capabilities are enabled by Qualcomm’s Snapdragon™ S4 Plus processors.

“People can do more of the things they love when they choose a mobile device that has a Qualcomm Snapdragon processor,” said Enrico Salvatori, senior vice president and president of Qualcomm Europe. “The Snapdragon S4 Plus processor is the heart of the Nokia Lumia 620, making it possible to multi-task, stream in HD and share content at super-fast speeds.”

* Availability of colored shells may vary by country.

About Nokia
Nokia is a global leader in mobile communications whose products have become an integral part of the lives of people around the world. Every day, more than 1.3 billion people use their Nokia to capture and share experiences, access information, find their way or simply to speak to one another. Nokia’s technological and design innovations have made its brand one of the most recognized in the world. For more information, visit http://www.nokia.com.ph.
Follow us on Facebook at http://www.facebook.com/NokiaPhilippines and Twitter at https://www.twitter.com/NokiaPilipinas