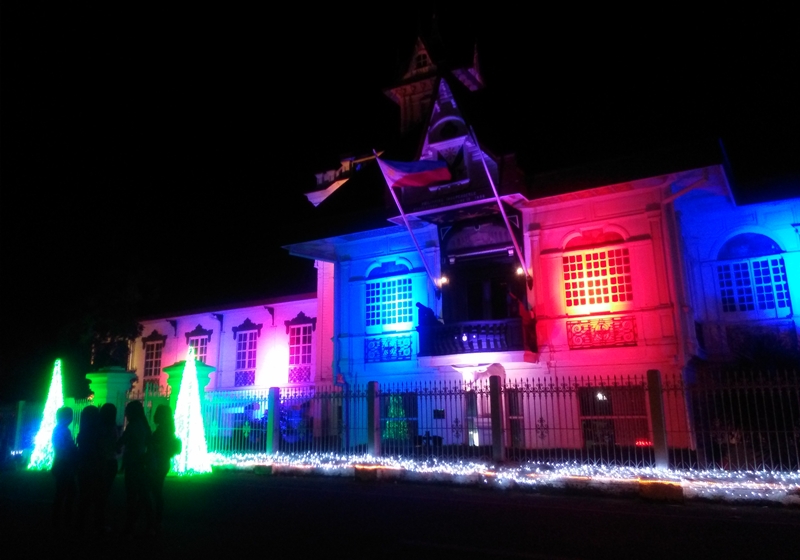 Before the year ended, I had my last blogging hurrah with my friend and church mate Isha. We headed to Kawit, Cavite with a few blogger friends for a year end countdown celebration.


We were told that the program was to start at 6pm. Arriving after lunch, we went on a tour inside the first President’s house (kwento on my first and second trip soon) and then had our late lunch/merienda/early dinner (depends on who you are talking to :p) at Tapsihan sa Court.

The Aguinaldo Shrine took center stage in the Pamaskong Aguinaldo 2014 that ran from December 1, 2014 to January 4, 2015. On its third year, the residents of Kawit, its neighboring towns and tourists enjoyed the nightly Christmas Lights Show, Christmas Bazaar, and the year end countdown event.

We went around the bazaar which featured local items, toys, and a lot of Pinoy food favorites such as scramble, BBQ, fishball, hotdog, cotton candy etc.

Rocking the night away during Christmas Year End Countdown were Can’t Wait Any Longer, Jensen X The Flips, Paraluman and Mayonnaise. In between sets the crowd participated in the games. The night ended with a fireworks display to welcome the coming year.

A fun way to promote culture and heritage of Kawit and the Yuletide season! Pamaskong Aguinaldo 2014 is brought to you by KAWIT Inc. in partnership with the Kawit Office of PAIA.