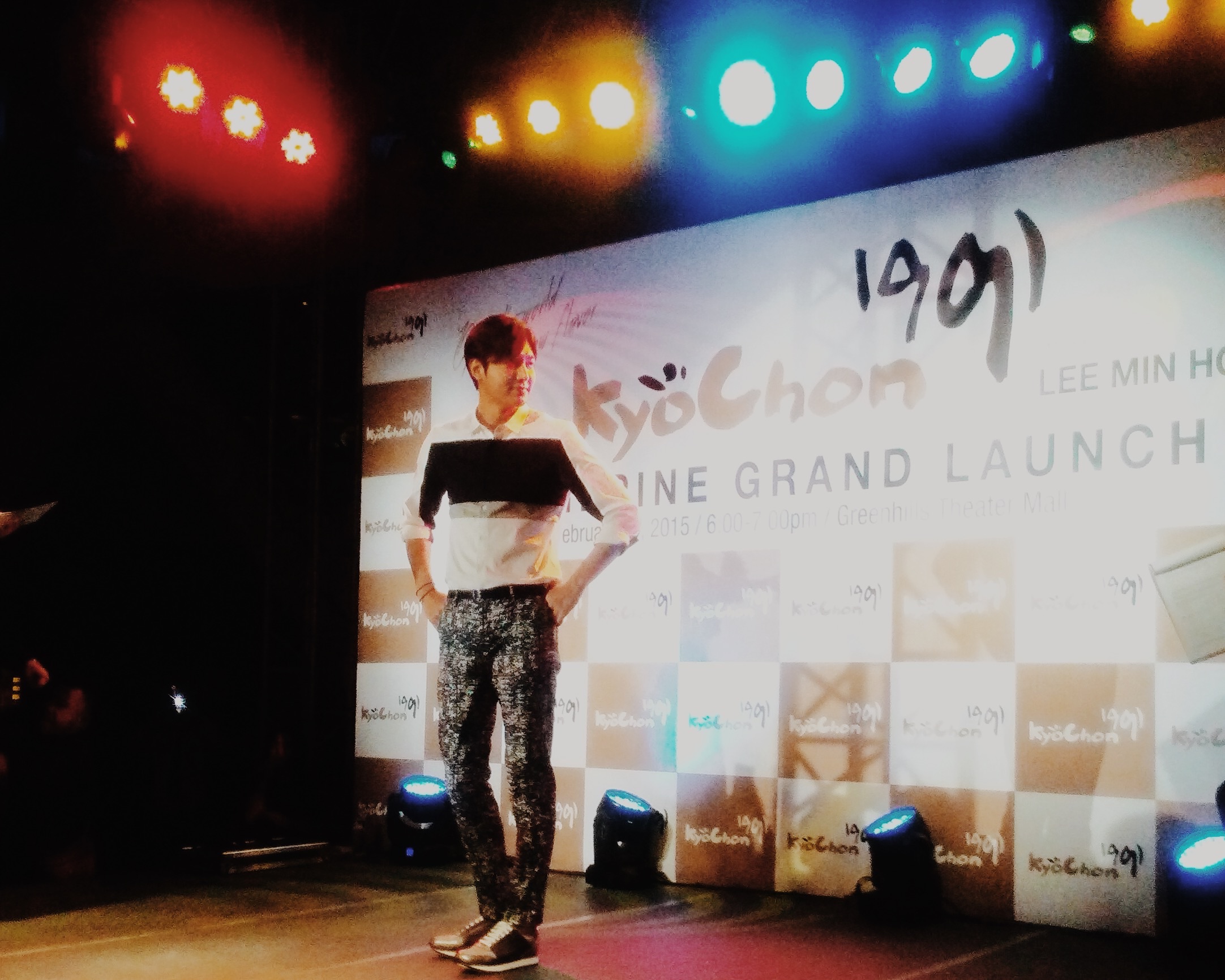 Korean superstar Lee Min Ho is in the Philippines to promote his newest movie “Gangnam 1970” also known as “Gangnam Blues”.

In his first movie lead role, he plays as an impoverished orphan-turned-mobster in a noir action film depicting the tumultuous history of real estate development behind Seoul’s now most famous district.

The multi-talented actor, singer and model became a household name due to Korean dramas “Boys Over Flowers”, “City Hunter” and “The Heirs”.

This is not the first time Min Ho avisited the country. In 2013 he had a one-night concert for “My Everything” tour while he did a fan meet at Araneta Coliseum for Bench, a local clothing brand, in 2014.

He greeted the crowd with “na-miss ko kayo” (I missed you) when he stepped on stage. Here’s a video greeting as he said goodbye.