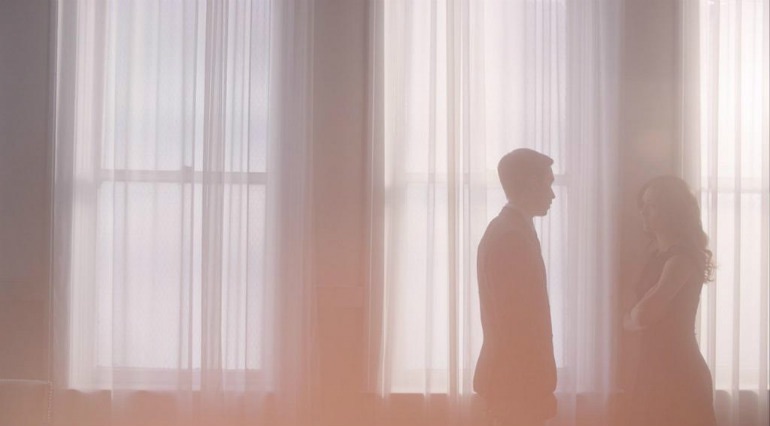 Yours truly was invited to watch Sam Esmail’s debut movie and here are my thoughts about it. Spoilers ahead. You’ve been warned..

He’s a cynic. She’s quick-witted. They met at a cemetery to watch a meteor shower after she saves him from being hit by a car. He doesn’t believe in love. She does. And they agreed to date each other on that fact. That’s how their six-year love story started for Kimberly (Emmy Rossum) and Dell (Justin Long).

To me Comet is simply about love and moving on. Big words where nothing is ever simple, just like the movie’s progression. The scenes revolved around fragments of significant moments over their six-year on-and-off relationship, both good and bad. The type of events we are fixated during a break up. The irony of the song “It Must Have Been Love” as a reflection of their actual relationship. The rain which might as well represent Dell’s unshed tears when he learned about Kim’s affair. How the room breaks apart when he can’t accept the ugly truth.

Didn’t we all get through this..

That feeling when our worlds fell apart?
Thinking of all the what-if’s?
How we wish it wasn’t over?

“’Cause I don’t belong in a world where we don’t end up together. I don’t.”

“I never thought love was real, now I think life isn’t real without it.”

The movie has hipster feels and is engaging. I can’t keep my eyes off the screen. Dell is very talkative while Kimberly never runs out of comebacks. I was nearly in tears on the latter part because it struck a chord. Viewers may identify this movie with the blockbuster “500 Days of Summer”.

Comet is still showing in cinemas all over the Philippines.

Solar Entertainment and Solar Pictures provided my movie pass (thank you!) during the advanced screening at Glorietta 4 Cinema. This did not, in any way, influenced my viewing experience and movie review.