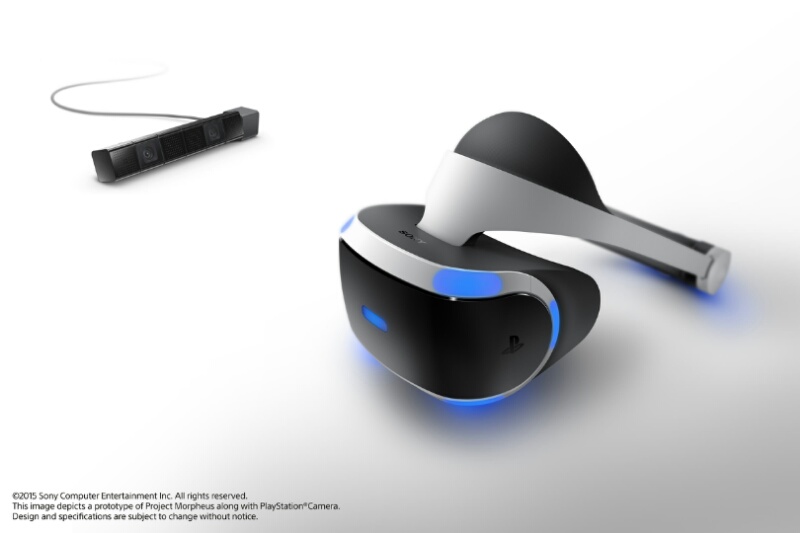 Philippines, March 4, 2015 – At the 2015 Game Developers Conference held in San Francisco, Sony Computer Entertainment Inc. (SCEI) unveiled the new prototype of “Project Morpheus” (Morpheus) – a virtual reality (VR) system that takes the PlayStation®4 (PS4™) system to the next level of immersion and demonstrates the future of gaming.

Morpheus enables players to experience a sense of presence, where they feel as though they are physically inside the virtual world of a game. This unique VR experience was met with huge interest and industry enthusiasm since the unveil of Morpheus in March 2014. Over the past year SCE has been listening to feedback from both developers and consumers, and has made several enhancements that will further the capability of Morpheus to deliver a sense of presence and push the boundaries of play.

In exchange for the 5-inch LCD, the new Morpheus VR headset is equipped with a 5.7-inch 1920 x RGB x 1080 resolution OLED display. This new screen expands the field of view and enables low persistence, removes motion blur and flicker, both of which build immersion and help deliver the sense of presence for the player.

By adopting OLED, Morpheus now supports 120fps output, and is able to render 120 images per second. Furthermore, via a system software update, all PS4 systems will handle native 120fps output when connected to Morpheus. By combining the OLED display’s high refresh rate and the power of the PS4 system, Morpheus producesamazingly smooth visuals and achieves the next level of immersion.

To make positional tracking more accurate with PlayStation®Camera, the new prototype has added three more LEDs to the headset for a total of nine. Morpheus continues to support 360 degree tracking, and additional LEDs improve robustness and stability. Additionally, the overall system has been optimized to reduce latency between the physical movement of a player’s head and rendering on the headset’s screen.

While inheriting the original visor style headset design that reduces the pressure on the players’ face, the new Morpheus prototype features a single band and a quick release button, which makes it easier for players to put it on and take it off. Other components have also been adjusted and configured to make the headset lighter, so that players do not find the headset cumbersome or uncomfortable to use.

Developers will be able to use the new prototype to create Morpheus content for PS4, a robust and well-defined platform that has sold over 20.2 million units*1 within 16 months of its launch. In addition to the enhancements, the new prototype will continue to support 3D audio and social screen, a feature that outputs the same gameplay that’s within the Morpheus headset to a TV so additional players can interact. Furthermore, SCE will provide an SDK that converts 60fps images to output in 120fps, which will allow developers to bring their content that was being developed on the prior prototype to the new Morpheus prototype.

SCE will continue the development of Morpheus in order to launch as a consumer product in the first half of 2016.

“With the technical specs achieved on the new prototype, we are one step closer to realizing our vision for making amazing VR experiences on PS4, and ultimately to deliver a real sense of presence to players,” said Shuhei Yoshida, President of SCE Worldwide Studios. “We believe that the near-final technology of Morpheus combined with the power of PS4 will provide a standard for game developers to target as they build on their creative ideas and turn them into VR games and experiences.”

*Specifications and designs are those of the prototype and are subject to change..