The HUSH Project: A Quest for Love 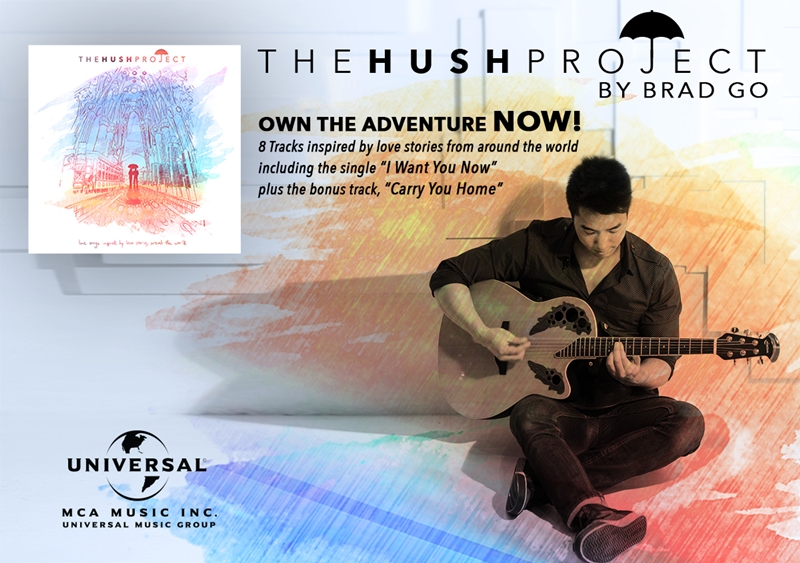 What’s your favorite love story? Let me share with you an inspiring one.

His name is Brad, 28 years old. He is a musician and filmmaker with a degree from New York University. It was September 2012. One rainy Wednesday evening, he offered his umbrella to a beautiful, rain-soaked stranger. They hit off and started dating. Three weeks later at a bar the girl said, “Brad, I have an idea. Let’s make something about how we met.” He came up with the blog ‘Have U Seen Her’. However it was a fairy tale that ended without the ‘happily ever after’.

“If something like this could happened to me here in New York, there must be countless stories around the globe that no one has ever heard.”

So what did Brad do? He started a Kickstarter campaign to travel the world in search of the most compelling and unique real-life love stories. The trip is documented in the form of vlogs, which are published on his YouTube channel, along with his previous works such as The IKEA Song.


Fun fact: MCA Music was impressed with Brad’s songwriting and he was commissioned to write a song for another MCA artist, “The Total Performer” Darren Espanto. The song is called “Makin’ Moves,” which appears on the album, Darren.

“It was the most incredible adventure I could have asked for, and it all went by so quickly. Touching down in each new country was such a rush, especially when I didn’t know where my interview would come from. On top of the excitement of being in a new place, there was the thrill of trying to find a person receptive to the project and willing to share their story. Those interviews really offered me a chance to share some truly happy moments with people. I loved watching everyone’s face light up as they shared their stories.

Brad also performed some covers where we all sang along, including the country’s current LSS “Thinking Out Loud”. Watch out for a surprise!

Thankfully The HUSH Project is available online via Spotify (also on iTunes, Spinnr, and Deezer) because I don’t have access to a CD player (available at Astro Plus and Odyssey record bars). I listened it to over and over again but I don’t have an absolute favorite in this album! Are you up for an emotional roller coaster ride? ‘Cause one moment I wanna dance to the beat and celebrate love, next up I end up reminiscing and wondering what my future will be like… all while singing along.

On one important lessons from this experience: “Be mindful of the people you surround yourself with, and treasure those who are in your life right now. So often people can get caught in planning the next move or goal and can forget that life is not something you look forward to; it’ small happening right now. And to the single people out there, realize that love can’t make it’s way in until you truly open yourself to it in the present moment.”

Brad is excited to get out there and play shows to promote The HUSH Project here in the Philippines and abroad, and he hopes the album’s release will give me an opportunity to travel again. He’s also excited to start writing his next album and further develop his catalog as a songwriter for other artists.