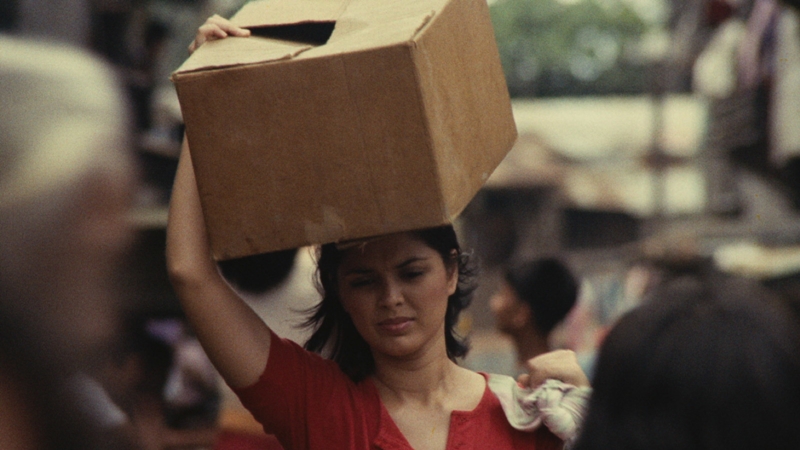 Having premiered in the Classics section of the Cannes Film Festival earlier this year, before making its way to the World Premieres Film Festival Philippines, the newly restored version of Lino Brocka’s classic “Insiang” now returns to the 53rd New York Film Festival. The film will be featured in the Revivals section. Its screening will be on September 28 at the famed Film Society of Lincoln Center.

This will be its second run at the New York Film Festival, as it was part of a retrospective during the celebrated festival’s 44th edition in 2006.  The NYFF, one of the unique festivals which presents no prizes and prides itself in not being a commercial or industry event, is known for its curation, championing high aesthetic standards in its selections. Producer Ruby Tiong Tan, who went on to patrimoniously give the film rights to the National Film Archives of the Philippines (NFAP), was in attendance at the film’s New York premiere nearly a decade ago.

In Brocka’s searing 1976 melodrama, the eponymous heroine, played by Hilda Koronel, is raped by her mother’s boyfriend, then blamed for provoking the act and forced out of her own home. “Insiang is, first and foremost, a character analysis,” wrote the director. “I need this character to recreate the ‘violence’ stemming from urban overpopulation, to show the annihilation of a human being, the loss of human dignity caused by the physical and social environment…” The people in Brocka’s films live in dire circumstances, offset by their extreme vitality and their electrically charged encounters. Insiang is heralded as one of its director’s best.

On the coattails of the completed restoration, “Insiang” was selected for this year’s Cannes Classics section, paying homage to the film’s international premiere in 1978 when it was featured in the Quinzaine des Réalisateurs, or Directors’ Fortnight. It had its grand return to the Festival de Cannes in May 2015. The restoration’s premiere took place on May 16 at the Buñuel Theatre to a packed audience that comprised of international film experts, enthusiasts, and fans of Philippine cinema.

When “Insiang” first premiered at the prestigious Cannes Film Festival, the film was met with great critical acclaim. Hilda Koronel, the leading actress, had a special feature in “Le Monde” magazine. Even back then, “Insiang” was well on its way to becoming the timeless classic that it is today.

“Insiang”, in restored cinematic glory, then had its Philippine Premiere as the opening film of the World Premieres Film Festival Philippines (WPFF) on June 24, 2015. Simultaneously, the film also launched the newly added Classics section of the festival.

Producer Tiong Tan’s decision to turn over the film rights to the National Film Archives of the Philippines catalyzed the restoration process, which was finally completed in early 2015 by the Cineteca Di Bologna / L’Immagine Ritrovata. The project was spearheaded through funding provided by the Film Development Council of the Philippines and The Film Foundation’s World Cinema Project.

The 53rd New York Film Festival takes place at the Film Society of Lincoln Center from September 25 to October 11, 2015.