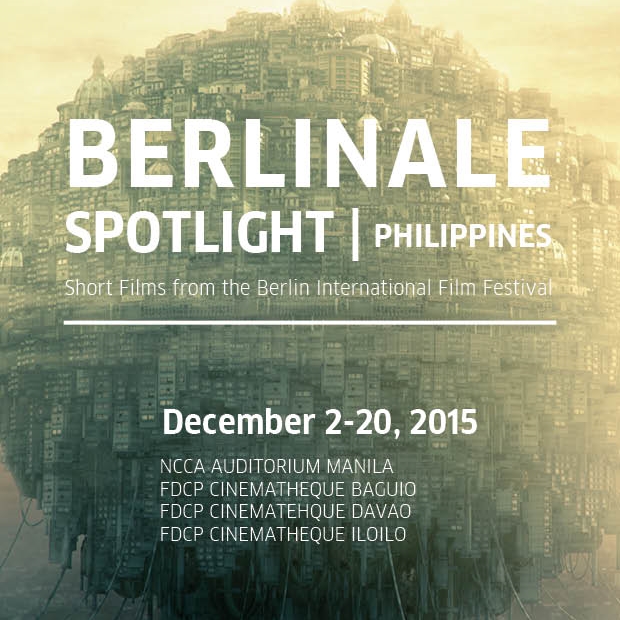 Twelve short films especially curated for screening in Southeast Asia will be shown in four key cities in the Philippines from December 2 – 20, 2015.

Goethe-Institut Philippinen is giving film buffs a special Christmas treat by bringing a film roster from Germany’s most prestigious film festival, the Berlinale.

Berlinale Spotlight will be shown in two programs.

“Hosanna” (Korea / 2014 / Drama, Fantasy, Horror / 25 minutes / Golden Bear for Best Short Film winner 2015) tells the tale of a little boy in a remote village in Korea, who finds out he has the power to heal and raise the dead, like a modern-day Jesus Christ.

A film about a woman from the North Korean elite who faces the reality of her once beloved childhood paradise and the impossible task of healing a life that has been torn from birth is the focus of “Pebbles At Your Door” (Denmark / 2015 / Documentary, Biography, Drama / 18 minutes).

The latest installment in a series of rigorously conceived and poetically constructed short films from director John Skoog. Shot on 16mm and in black and white, “Shadowland” (Sweden / 2014 / 15 minutes) shows one view of a Californian landscape chases another.

In “Dissonance” (Germany / 2015 / Animation / 17 minutes / Berlin Short Film Nominee for the European Film Awards 2015) reality and fantasy merge, flow into one another. 3D animation and live action become one. An odyssey through time and space. A modern fairy tale.

Lilly drifts between worlds and places. Looking for people and connections but remaining in the external. Matt Porterfield calmly tells of the longing to arrive in quietly composed scenes in “Take What You Can Carry” (USA, Germany / 2015 / Drama / 30 minutes).

After the catastrophe in Fukushima, a new Japanese word came into being: Genpatsu-Rikon, a word pieced-together from the characters for “atom” and “divorce”. “Snapshot Mon Amour” (Germany / 2014 / Documentary / 6 minutes) is the product of documentary filmmaker Christian Bau travel to the east coast of Japan to investigate this newly coined word.

“El Juego del Escondite” (“Hide & Seek” / Spain / 2014 / Fiction / 23 minutes) captures the anguish and despair in people who have suffered the ravages of a four-year conflict that shows no signs of any resolution.

“Däwit” (“Daewit” / Germany / 2015 / Animation / 15 minutes), animated in the tradition of wood cut technique, tells the story of an abandoned child, who grows up with wolfs after his mother rescued him from his violent father. Lost, he embarks on a seemingly endless journey, a journey full of riddles and deprivation. He tries to find himself, his identity – amidst the all-encompassing sorrow. At the end, he flies back to the beginning and finds peace in forgiveness.

The true story of Shé Zuǒ Bīn, a Chinese beekeeper who performs a rite of spring to recover the environmental balance of the Yangtze Valley, is depicted in the film “YúYú” (France, Spain, USA / 2014 / Documentary, Experimental / 15 minutes).

By means of press reports, “Symbolic Threats” (Germany / 2015 / Documentary / 15 minutes) allows the public at large to express their extreme disparity of interpretation. Inspired by the heated debate over the two flags that suddenly appeared on the towers of the bridge, the film asks what kind of societal scope art has in the present day.

Admission is FREE for all screenings of Berlinale Spotlight at all locations. For more information, visit the Goethe-Institut Philippinen’s website or Facebook page.

Dear reader, are you going to catch any of the screenings? Which program are you interested with? I think I like the first one but I got to find time 🙂