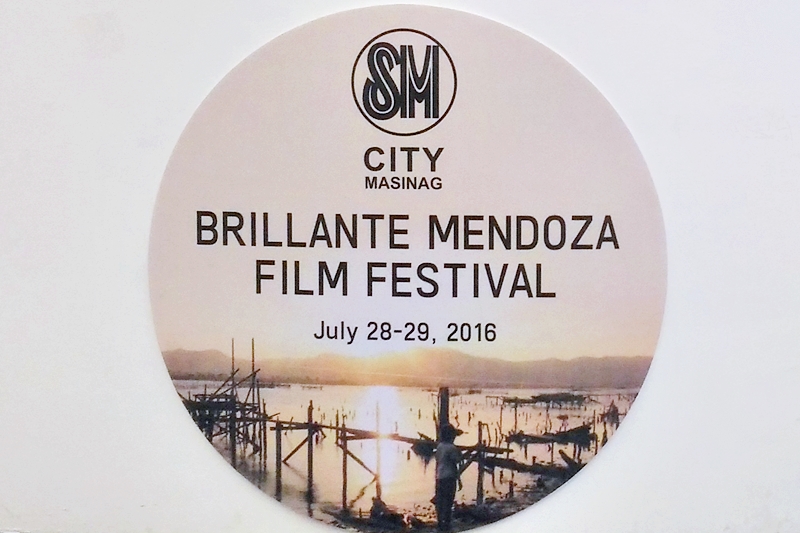 The launch was attended by government officials, school officials and students from Rizal, film enthusiasts and members of the media. SM City Masinag paid tribute to Director Brillante Ma Mendoza for the many honors he has brought the country. Assistant Mall Manager Mr. Matthew de Guzman gave the opening remarks, followed by messages from Rizal government officials. The audience directly engaged with Director Mendoza regarding his works (especially his involvement with this year’s SONA) during a Q&A and photo op.

The internationally acclaimed director is known for making films with a limited budget, without compromising his vision. Some of his famous ones include Serbis, Masahista, and Thy Womb.

This year’s Brillante Mendoza Film Festival showcased his 2015 internationally acclaimed film Taklub, which won the 2015 Cannes Film Festival Ecumenical Jury Prize Special Mention. It tells the story of three characters – Bebeth, Larry and Erwin, whose lives intertwine after the Super Typhoon Haiyan (Yolanda) caused the city of Tacloban to its horrendous state – leaving the breathing figures in search of their dead ones, of keeping their sanity intact, and protecting what little faith there may be. The movie is co-produced with the Department of Environment and Natural Resources (DENR).

A special screening (with behind-the-scenes footage) followed by a Film Appreciation Workshop was held during the second day. Director Mendoza’s discussion focused on five key elements: direction, acting, production design, editing and music. This activity gave the audience a deeper understanding and appreciation of the film, as a medium of art and communications. The students were eager to ask questions / tips from the renowned director.

The Brillante Mendoza Film Festival is one of the many exciting projects of SM Malls and Cinemas that I look forward to. Thank you SM City Masinag for the invite! 🙂