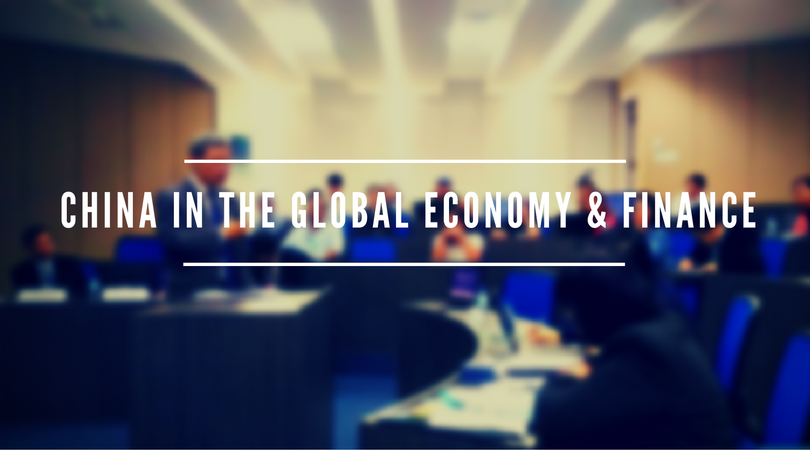 Asian Institute of Management (AIM) hosted a forum that focuses on the role of China in global economic affairs.

According to the World Bank, China recently became the second largest economy and is increasingly playing an important and influential role in the global economy. Dr. Zhang Yuyan from the Institute of World Economics and Politics of the China Academy of Social Sciences was invited to present his research and enlighten us about the subject at hand. It was attended by students, people from the government and private sectors, and the media.

He started by establishing the current economic situation of this export-driven country. He shared while their net exports distribution to global economy growth is declining and money value has depreciated, overall the economy is seen as improving. One indicator is that household disposable income increased by 4.9% from 2011. He also cited a number of supply-side structural reforms.

The focal point of the discussion was the Silk Road Economic Belt and Maritime Silk Road. This was proposed by President Xi Jinping in 2013 and began to take shape in 2014, focusing on infrastructure. It has five major goals: policy coordination, facilities connectivity, unimpeded trade, financial integration and people-to-people bonds. This ‘belt’ aims to bring together China, Central Asia, Russia and Europe with the Persian Gulf and Mediterranean Sea through Central and West Asia (the original Silk Road) as well as connect China with Southeast Asia, South Asia and the Indian Ocean.

Going back in history, the Silk Road was a major trading route that played a significant role in the development of civilizations.

You may watch his presentation here:

The panel discussions by Mr. Vinod Thomas (Director General of Independent Education, Asian Development Bank) and Prof. Emmanuel Leyco (AIM) were insightful. A lot of interesting facts were shared by Prof. Jamil Paolo Francisco (Director, AIM Rizalino S. Navarro Policy Center for Competitiveness) in his presentation on the state of shared prosperity in the Philippines.

I rarely meddle in political affairs and this event was a refreshing break from all the news between the Philippines and China. Thank you AIM for the invite! 🙂