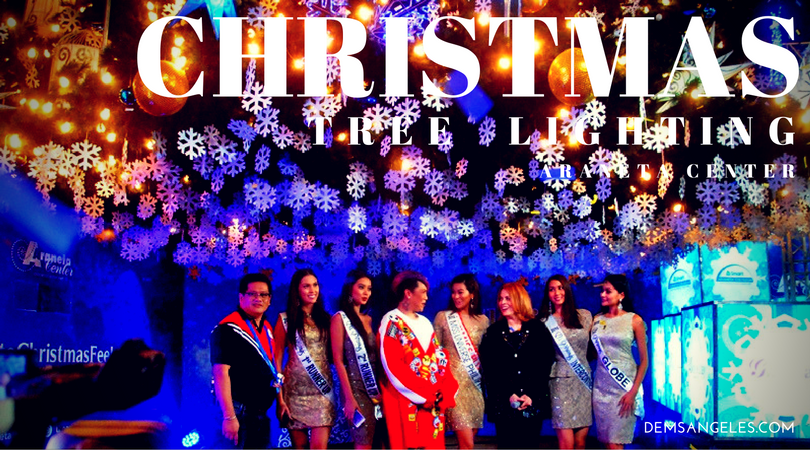 Now on its 35th year, this much-awaited event is a joyous mix of live entertainment and annual tradition that reflects true Filipino values.

Putting up a Christmas tree is a family event. Kids and adults help one another in decorating while reminiscing unforgettable celebrations. It becomes a magical moment when the star is placed on the top and the lights are turned on. It was the same feeling I had when I witnessed the traditional Giant Tree lightning last November 4 at the Araneta Center. Here’s a rundown of what happened that night:

PLDT did a pre-show segment to promote their Christmas deals and promos and gave away prizes to the audience. This was followed by performances from the hottest Kapamilya stars who joined this year’s celebration.

The presence of kids from He Cares Mission made the event more meaningful this year. They serenaded the crowd, received early Christmas gifts, interacted with the Binibining Pilipinas winners and Kapamilya celebrities and witnessed the momentous tree lighting.

Another highlight of the night is the revelation of what Araneta Center has in store for shoppers and Center visitors this December through video mapping.

The first-ever “Le Grand Cirque”, touted as the greatest show in town, is coming to the Big Dome this Christmas! It promises to give a high-octave family entertainment with its mesmerizing display of impossible feats of agility and strength. This big-scale circus production features a group of world-class performers and artists that come from Europe, Canada, China and the UK

Get the chance to win a brand new Isuzu mu-X or one of ten who will have an overnight stay at the Novotel Manila Araneta Center with “Feel the Ride” Christmas promo. This runs from November 4 until January 15, 2017, and shoppers will be eligible to join for a single receipt purchase worth P1000.

There is also an on-going promo for the Center’s online supporters called “60 Gifts for 60 Days“, which will run daily until December 23.

See the 100-foot Christmas tree at the Gateway Food Park, beside the Smart Araneta Coliseum!