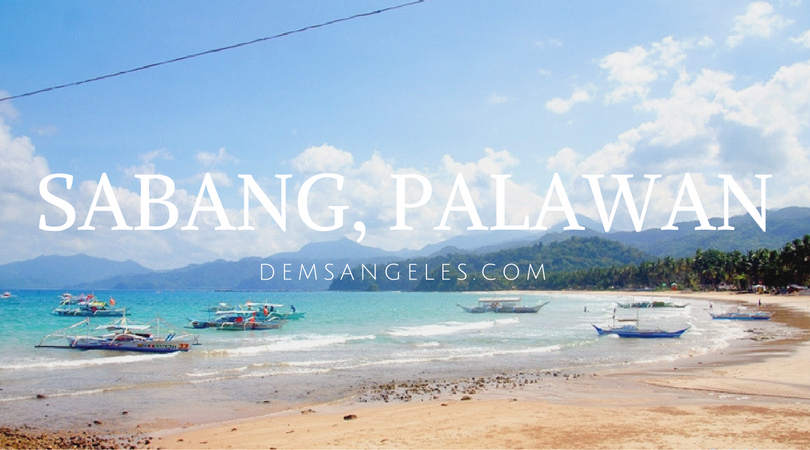 Sabang may be now known all over the world as the gateway to the iconic Puerto Princesa Underground River, but there are plenty of other sites in and around this quaint village that are worth exploring during your visit.

You can come for a day tour of the Underground River, of course, but if you want to maximize your visit, book online and in advance using booking sites like Traveloka so you can stay overnight in one of the family friendly accommodations in Sabang. There is a range of options depending on your needs and budget.

Once you’re done with the Underground River, consider any of the following activities for you and your family.

Learn about Mangroves at the Mangrove Forest Tour

Your stop at Sabang won’t be complete without a Mangrove Paddle Boat Tour. In this 45-minute tour, you will be taken inside an old-growth mangrove forest, home to centuries-old mangrove trees that stand so tall they seem to soar to the skies. Chances are you’ll also get to see wild animals, such as snakes and squirrels, roaming the forest.

Apart from getting a glimpse into a mangrove forest’s extensive ecosystem, this tour lets you experience the serene and raw beauty of nature. You may occasionally hear man-made sounds, but for the most part it will feel like you’re a world away from civilization.

I saw this being advertised at the hotel we stayed in. Some of my friends did ask me if this was included in the itinerary of my recent trip, but it wasn’t.

Meditate at the Sabang Waterfalls and Buddhist Temple

One of the places that have piqued the curiosity of many travelers is the Sabang Waterfalls. The 1.8-kilometer trek to the falls can be a bit of a challenge (especially if you’re wearing slippers), as you’ll be traversing a pebbly beach. But you can look forward to a lot of interesting finds along the way, including large, flat stones inscribed with Buddhist sayings and a simple Buddhist temple.

The temple is not mentioned in most Sabang travel guides, probably because it is not as grand as some of the other temples in the Philippines. But if you like uncovering religious and cultural sites, adding this temple to your itinerary is a must.

With its peaceful setting, the temple is great for meditation or as a sanctuary if you’re looking to relax and clear your head. It is also the best spot to catch your breath in case you plan on climbing to the summit of Sabang Waterfalls.

Once you reach the falls, you’ll see a three-meter-high wall that leads to the summit. It may not look it, but the wall is a steep and tough climb—certainly not for the faint of heart. In fact, only 10 or so people have managed to get to the top, where gorgeous views of the sea and forest await.

This reminds me of my trip to Cavinti / Pagsanjan Falls. The long trek was worth it! Just wear the appropriate footwear and don’t forget to hydrate.

The Underground River is not the only cave you can visit in Sabang. You may also want to check out the following caves:

At the moment, the Elephant Karst Mountain Cave is still being mapped out, so tourists are not yet allowed inside. But once it opens, you should definitely stop by.

Located right beside the main road, the cave’s limestone formations are comparable to those found in Krabi, Thailand. Plus, the cave is perfectly suited for rock climbing, with many of its rock faces ideal for bolting.

I haven’t tried caving / spelunking (I was supposed to when I went to Cavinti, Laguna last August 2016 but it rained) so this is still on my travel bucket list 🙂

The Puerto Princesa Underground River may be the ultimate tourist attraction in Sabang, which we went to a day before the 3rd PPUR Day celebration (aside from having lunch at the Sheridan Beach Resort). Hopefully I can squeeze in one of these other must-see destinations on my next visit with my family or friends!