Predator Philippines and ONE Championship teamed up for ONE: KING OF DESTINY 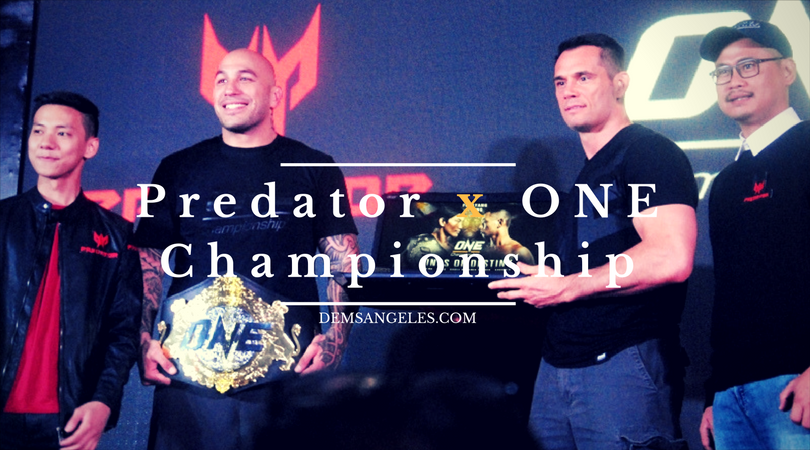 A recent visit to a gaming cafe challenged me and fellow gamers to prepare for modern combat and conquer new worlds.

It’s been a while since I last stepped inside a computer shop and played MMORPGs. Imagine my excitement to be summoned to High Grounds Cafe! It’s a popular gaming cafe in Quezon City decked out with Predator G1 and G3 gaming units. I was there with fellow media and gaming enthusiasts to witness Predator Philippines and ONE Championship seal their new partnership.

Haven’t visited a gaming cafe for ages and the gamer in me feels at home 😍 Here for the Predator Philippines X One Championship Media Kick Off! Head over to my FB page (fb.com/demsangeles) for more event photos 😊 #DANGmusings

There was a demonstration of the basics of MMA fighting with ONE Heavyweight World Champion Brandon “The Truth” Vera and ONE Championship VP & MMA Legend Rich “Ace” Franklin. Afterwards they played a round of Overwatch, putting their combat skills to the test in the world of PC gaming.

“Gaming is so much more than cool graphics and great sound effects – it’s about every gamer transforming into their characters and conquering new worlds in any galaxy and in any battle,” said Ray Gozon, Predator Philippines Senior Marketing Manager. “Serious gamers have intense skill, focus, and fury if they are to destroy their enemies. this is why ONE Championship is the perfect partner for us – ONE Championship fights and fighters embody the intensity that our gamers experience on Predator machines.”

Predator Philippines also presented the Predator 21 X, a 21-inch gaming laptop with a curved screen that makes for fluid gaming, highlighting its eye-tracking and G-SYNC technology. As an official partner of ONE: KINGS OF DESTINY (last April 21) and sponsor of one of the main card fights that day (right before the title fight of Folayang and Ting for the ONE Lightweight World Championship), the winner also took home a Predator 21 X unit.

“On the outside, MMA is extremely physical, but it is as much a mental game as it is a physical sport,” said Gozon. “The level of professionalism that goes into fighting in the ring and gaming in a new world is often understated. a lot of strategy comes into play, and you see these fighters go into beast mode as soon as they step into the ring. this is how gamers are – they may be everyday Juans on the streets,  it as soon as they sit behind that screen, they unleash their inner fighters and immerse themselves into these worlds they enter.”