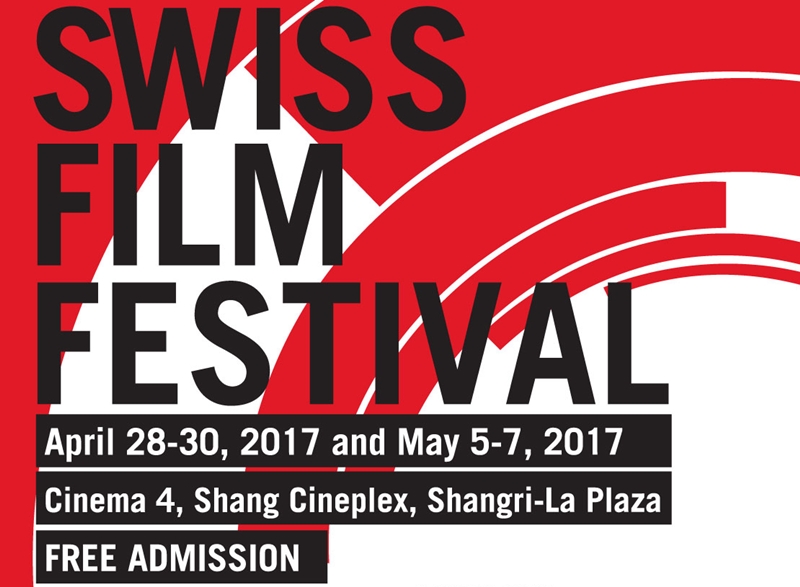 This year we celebrate 60th anniversary of diplomatic relations between Switzerland and the Philippines.  A mountainous country and an island nation may not have much in common but their shared family values is the highlight of the Swiss films to be shown on April 28-30 and May 5-7, 2017 at the Shang Cineplex Cinema 4.

The festival’s opening is based on the biggest bestselling Swiss novel written in the 1880’s by Johanna Spyri. Heidi (2015 / Adventure, Family / 111 min) is the classic story about a young orphan girl living with her grandfather Alm in the Alps. Heidi’s Aunt Dete then whisks her away to Frankfurt to live in an upper-class household and serve as the companion of the wheelchair-bound child Klara. A fish out of water in a strange new city, Heidi becomes lonesome and falls ill with homesickness leading her to go back home to the mountains. Klara then visits Heidi one Summer which causes Heidi’s friend Peter to become terribly jealous.

Mein Name ist Eugen (Rascals on the Road / 2005 / Adventure, Comedy / 100 min) is another film based on a popular 1955 children’s book by Swiss author Klaus Schädelin. It’s the story of four little rascals told through the eyes of 12-year old Eugen. Eugen and his three friends go on a quest to follow the footsteps of “the biggest rascal of all time” Fritzli Bühler and to search for long lost treasure. Their sudden disappearance leads their parents to follow them and as the boys continue their rambunctious journey to Zurich, they begin to doubt if Fritzli Bühler even exists at all.

Vitus (2006 / Drama, Music / 123 min) is a 12-year old piano prodigy whose parents, though they mean well, suffocate him with their big and ambitious dreams for him. All Vitus wants is to live a life like an ordinary kid, so he decides to rebel and chase his own dreams instead with the help of his eccentric grandfather who loves flying.

Admission is FREE on a first-come, first-served basis. All films will be screened with English subtitles.

The Swiss Film Festival is made possible in partnership with Shangri-La Plaza and Film Development Council of the Philippines.

For more information visit the Swiss Embassy’s Facebook page, contact Shangri-La Plaza at 370-2597 or 98 or visit www.facebook.com/shangrilaplazaofficial. Use the hashtags #Swiss60PH #ShangMoments #iloveshangcineplex when posting about the film fest on your social media account/s 🙂