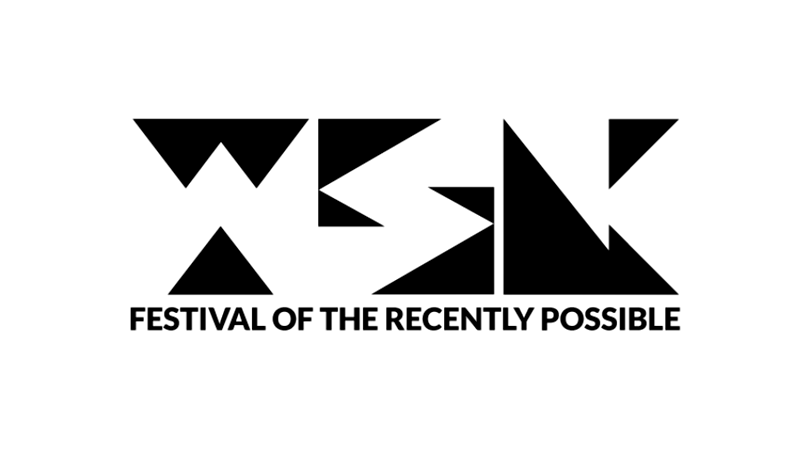 A tech arts festival puts the spotlight on Asian new media art at Manila’s creative hubs this October 24 to November 4, 2017.

WSK, pronounced as “wasak” (the Filipino word for “shattered” or “destroyed”), is the first and only annual international art festival dedicated to contemporary electronic, digital and experimental art. This year, under the theme “Festival of the Recently Possible”, artists from the Philippines and Japan will come together to showcase critical perspectives on how emerging artforms and innovative applications of new technologies can respond to the cutting edge of cultural and social thought.

INTERSTICES: Manifolds of the In-between

Featuring interdisciplinary forms of media and art such as video, sound, robotics, computer-generated graphics and performance, the exhibition explores the cracks of art whose nature falls between, rather than within the familiar boundaries of accepted genres and media, and the figurative gaps of the Philippine art scene.

“The exhibition spread all over the hallways, foyers and classrooms all over CSB-SDA, these non-traditional ‘interspaces’, act as a pop-up gallery where the usual exhibition paces of galleries and museums are suspended. The choice of exhibiting instead within the crevices of a university building which includes a university gallery and a museum are deliberate,” WSK founder and artistic director Tengal Drilon said.

The works range from Ryuichi Kurokawa‘s vision of a molecular cloud data gathered by astrophysicists at the Research Institute in the Fundamental Laws of the Universe (CEA, France) as close as possible to the scientific truth using striking 3D representations of space. Tad Ermitano‘s vibrating cylinder of metal is a speaker the size of a small room that vibrates with the sound of the electricity coursing in the world is an animist meditation on electricity. Tsuyoshi Hisakado’s installation, a collage of hundreds of small, circular mirrors shatter reflections of the gallery interior, offers odd structural soundscapes based on a grammar of the familiar.

“The project introduces prominent examples of dynamic culture in our networking society as well as individual creativity that is strikingly synthesized with media technology. Also, this event in Manila will continue to the next stage, with an international symposia, exhibitions and training program in Tokyo on February next year,” shares Director Hiroaki Uesugi of the Japan Foundation, Manila.

The main focus of the fora, “A Preliminary Archaeology of Experiments in Sonic Practice”, is to map and later publish the various histories of sound practice in the Philippines across different generations and locations.

The fora is co-convened and organized by Dayang Yraola and Merv Espina, both of whom have been actively and independently researching and curating sound and media art, with a keen focus on Asia, in the past decade.

Panel 1 – Generations of Sound Practice in the Philippines

The final panel focuses on issues and discourses with relations to sound practice. It will cover specific issues on archiving and historicizing as particular attempts to document and map the practices. The panel will further attemtp to understand discursive constructs emanating from present globalized societies that affects sound practices in realization that sound practice is not an autonomous field.

WSK 2017 will feature concerts on the evenings after the scheduled fora in order to provide a platform for independent practitioners who produce the wealth of material from which researchers, curators and archivists draw and re-establish connections among a variety of different independent sound and media artists and collectives from all over.

Noisebath x Ruthless is a night of collaborative explorations of visceral, abysmal noise that which violates the eardrum and articulates its own overwhelming presence upon the body.

LABYRINTH is a display of the landscape being reworked, a celebration of the experimental spirit that hovers over the labyrinthine soundscape of contemporary electronic music.

HIVE will be the locus of intersection for a variety of different hives, a site for exchange between independent labels and initiatives, a venue featuring performances by a number independent artists who work within the confines of the familiar yet are in continual pursuit of the new.

“x-pol – Buwan Buwan x Maltine” is a modern metaphor on musical and cultural cross-pollination and a medium for exchanges between two important music collectives/communities from Japan and the Philippines. It is a showcase as well as an intersection of ideas, ethics, creative expressions.

KPR x WSK is a live freestyle collaboration between two sound art collectives in the experimental music scene in PH.

The Medium is the Mess Age

Experimental drawing workshop on the relationships of the body, new and old media, in the internet age conducted by Houxo Que (JP). In this workshop, participants will operate smartphones with paint attached to their fingers, leaving the trajectory of their finger movements on the screen. This “painting” will accentuate the action of manipulating information as a trace of human act.

Participants must bring a smartphone and painting brush. Workshop includes protection screen for each phone and acrylic luminous paint. Maximum of 20 participants only.


Rambo and Laredo Hackerspace teams up to lead a workshop where participants build their very own mini DUAL oscillator analog synthesizer. Participants will learn basic electronics, soldering techniques and working with circuits. No previous knowledge on electronics or synth building required.


This workshop is conducted by Andreas Siagian of hacker-diy art collective, Lifepatch from Indonesia. Participants will learn basic electronics, soldering techniques and working with circuits. No previous knowledge on electronics or synth building required.

Here are some photos taken during the press preview last October 5, 2017 at The Loop, CSB-SDA: