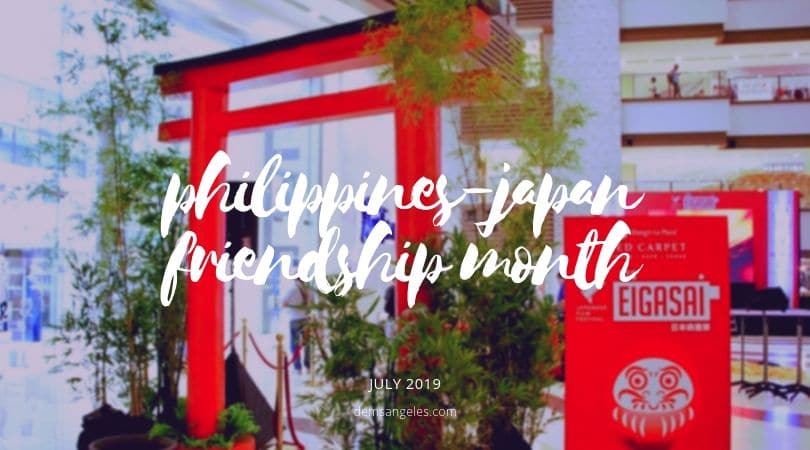 We are at our 63rd Philippines-Japan Friendship Month celebration.

The celebration kicks off with one of the longest running foreign film festivals in the country. JFF | EIGASAI will run from July 4-14 at the Red Carpet at the Shang before heading towards the regions, CCP, UPFI and Gateway Mall until August 25. Tickets are priced at P100 each and are available for purchase at the Red Carpet’s ticket booths or website. You may refer to our Guide to the 22nd JFF | EIGASAI (Japanese Film Festival in the Philippines) for more information about the films and screening schedules.

Tsuguru shamisen player Keisho Ohno, who did a mini concert last February, is back for another round of performances for JFF | EIGASAI 2019. He will be performing during the Opening Night on July 3 as well as give public performances on July 4 at Gateway Mall and July 6 at Shangri-La Plaza. Ohno-san is known for always challenging “nouvelle performance and high musical technique” where he combines traditional music with rock tunes.

Appreciate Japanese craftmanship by visiting the traveling exhibition of unique miniature Japanese carvings at Ayala Malls Greenbelt 5 from July 1-21. Netsuke are functional pieces worn with the kimono during the Edo period. It is now collected as valuable art pieces or worn as a fashion statement with traditional Japanese clothing due to its intricate designs. Viewing is free.

Join Netsuke masters Tadamine Nakagawa and Asuka Kajiura, together with Karl Cheng Chua of Ateneo de Manila University, for a talk and demo on July 1, 4PM, at the Greenbelt 5 Gallery. This is open to the public.

There will also be a workshop with the Netsuke masters and artist from Paete, Laguna on July 2 at Arete, Ateneo de Manila University. Participants for the workshop have already been pre-selected but observers are welcome.

Visit the showcase of wonderfully crafted Japanese-style swords and samurai armour by Geisha’s Blade Philippines Samurai Sword Shop. Art of the Samurai is available for viewing all month long at the Shaw Hallway and from July 7 to 18 at the East Atrium of Shangri-La Plaza.

An exhibit of delicate woodblock prints, Ukiyo-e Art and Tradition, are also on display from July 1 to 6 at the Grand Atrium and July 7 to 18 at the East Atrium.

Seguwara Sogo Budo Philippines will do a demonstration of Tenshin Shoden Katori Shinto Ryu, one of the oldest Japanese martial arts, at Shangri-La Plaza Grand Atrium on July 6. Likewise, the IGA Kendo Club under the tutelage of Koji Igarashi sensei puts on a show at the East Atrium at 2:30PM and 5:30PM.

Shop at a Japanese Market

Unfold Japan at the Shang