6 Philippine Food Festivals You Must Experience 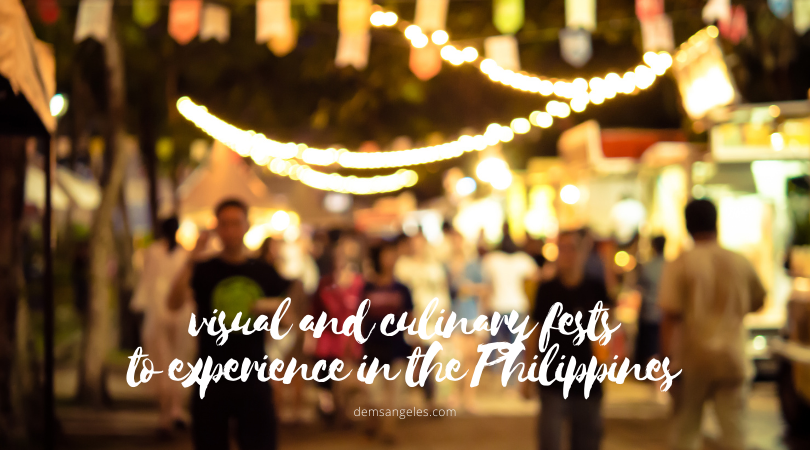 The Philippines is known for many things; beach resorts, rich nature reserves, delicious food, and colorful festivals. Various spots in the country highlight their annual festivals, showcasing dishes iconic to the place. Visitors can enjoy a visual and culinary feast while watching colorful parades and lively dance performances. People can also enjoy a variety of dishes from multiple stalls serving food and drinks.

Here are six food festivals that you might want to attend during your next trip to the Philippines:

If you are craving paella, attending the Valenciana Festival could satiate your hunger for the Hispanic dish. It is a feast that locals, tourists, and future residents of houses and lots for sale in General Trias will enjoy every year.

Going further south, the town of Balayan in Batangas offers tons of golden-red and crispy  Lechon or roasted pigs. Held every June 24, the festival coincides with the feast day of Saint John the Baptist. Several lechon are brought to the Church plaza, where a mass is held to celebrate and honor the saint’s life. Watch the Lechon Parade and have fun watching lechon wearing costumes and bystanders drenching each other with water.

General Santos City isn’t called the Tuna Capital of the Philippines for nothing. With the abundance of yellowfin tuna in the city’s waters, holding a festival annually is just right to laud such natural wealth. The Tuna Festival is the event to go to if you want to savor various tuna dishes and enjoy colorful dance performances.

Enjoy a slightly putok-batok food adventure by going to the Balut Festival in Pateros, Metro Manila. The town’s annual Balut sa Puti Festival promotes and celebrates its culinary tourism and Pateros’ long-running duck-raising industries. You can also bring your foreign friends if you want to let them taste the exotic flavor of a boiled duck embryo.

Some Philippine food festivals promote healthy and organic fruits. One example is the Lanzones Festival of Camiguin, Northern Mindanao. Every year, the island province celebrates its bountiful harvest of lanzones, which is Camiguin’s primary produce. Check out the festival’s street dance, where performers wear traditional Higaonon threads embellished with lanzones details. Plus, you’ll have a pristine beach resort waiting for you where you can unwind after the festivities.

Taste sweet luscious Philippine mangoes at the Manggahan Festival of Guimaras Island. After just a 15-minute boat ride from Iloilo, you can already reach Guimaras where you can enjoy cultural shows and visit multiple stalls selling mangoes and various mango products. The best part is that you’ll surely be satisfied at the festival’s eat-all-you-can mango event!

The Philippines is home to colorful food festivals that draw visitors from all over the country and the world. Attend these six food festivals so you can witness firsthand the country’s vibrant culture and rich culinary scene.