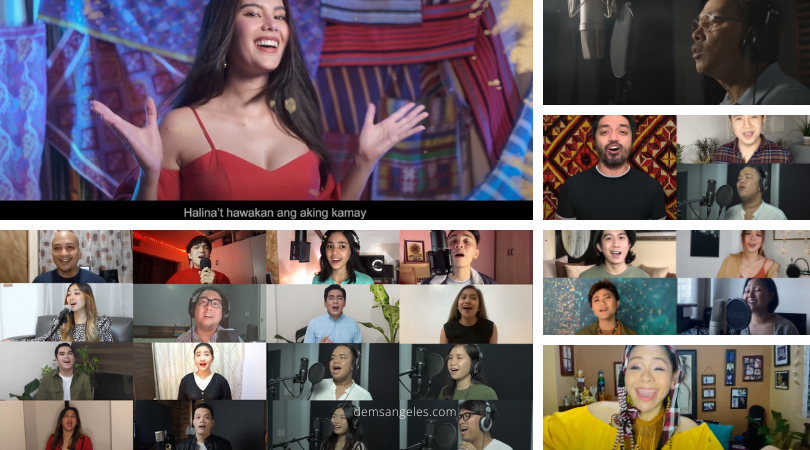 Several Filipino artists from all over the country have banded together to record “Bagani,” the official theme song to celebrate the 500th year anniversary of Victory of Mactan and the Philippines’ role in the first circumnavigation of the world.

The music video, which is officially out today, Friday at 8:00 PM, features an all-star performance from an ensemble put together by PhilPop and The National Quincentennial Committee, with the help of Jude Gitamondoc of Kadasig and Jeremy Sarmiento of MinPop.

Aside from the appearances of more than 50 artists, who took their time recording and filming themselves in makeshift studios remotely or at home, the music video helmed by Josh Olasiman, also includes various footage from Medical City c/o Kevin Tristan A. Espiritu, and documentary films such as Jose Rizal sa Landas ng Paglaya and May Pagasa ang Bantayog ni Andres Bonifacio.

Commissioned by The National Quincentennial Committee (NQC) to give its audience a feeling of hope and optimism, the song was written and composed by Roel Rostata, arranged and produced by Jungee Marcelo, with Visayan lyrics in the chorus by Jude Gitamondoc.

According to its chief songwriter, Roel Rostata the track was written as a response to the growing challenges that the Filipino people are experiencing during the time of the pandemic, and how important it is repurpose music as a vessel to champion resiliency and bayanihan spirit. “There’s no other way to rise above and make it through this pandemic other than working together,” Rostata shares in a statement. “Bagani encourages the listeners to turn fears and doubts to hope and healing, to manifest dreams into reality and to embrace victory. The song also encourages listeners to be part of the solution despite all the negativity and problems.”

“Bagani” is a by-product of PhilPop Bootcamp 2019, an initiative that aims to empower the next generations of contemporary Filipino singer-songwriters. PhilPop Executive Director Dinah Remolacio shares that the song was recorded for the Quincentennial celebration, but its inherent meaning has expanded into honoring our collective optimism and teamwork to rebuild the nation, and bring to light stories of optimism and resilience. “Eventually, the song became larger than what it was originally intended for,” Remolacio shares. “It triggers a strong commitment to the past and our future. It evokes strength and at the same time— solidarity.”

As part of the multiple virtual celebrations commemorating an important milestone in Philippine and global history, the music video marks the partnership between NQC and PhilPop to mark the 500th anniversary of Victory of Mactan in 2021.

Under the partnership agreement, the country’s premier songwriting competition serves as the screening committee responsible for picking the official theme song, as well as co-producing its official music video with Warner Music Philippines.

The official music video of “Bagani” is out now.