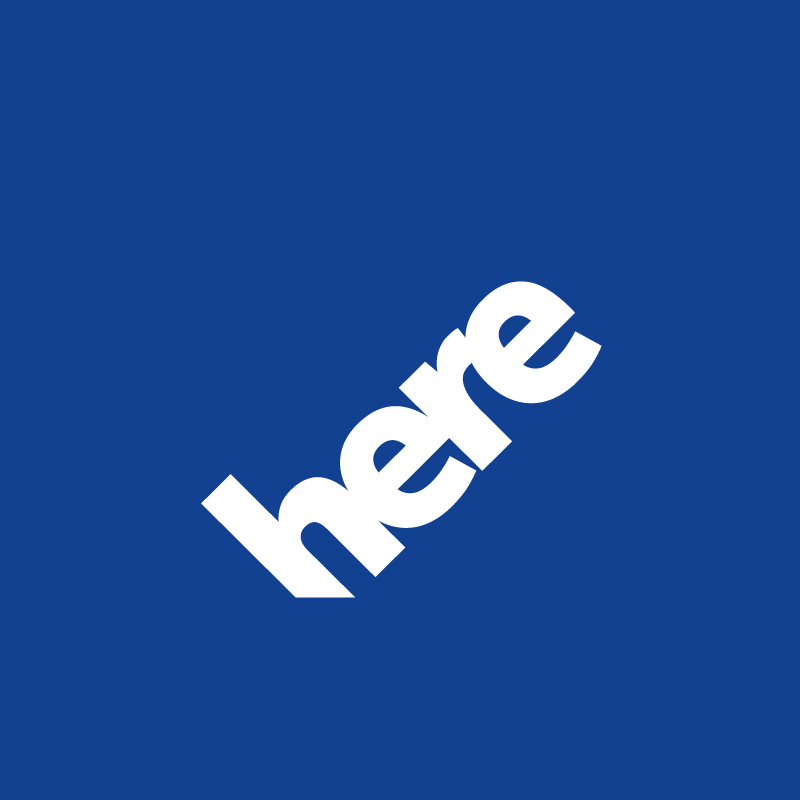 Nokia introduced HERE, the first location cloud to deliver the world’s best maps and location experiences across multiple screens and operating systems. With the new brand, HERE, Nokia aims to inspire a new generation of location services and devices that make the mobile experience more personally significant for people everywhere.

“People want great maps, and with HERE we can bring together Nokia’s location offering to deliver people a better way to explore, discover and share their world,” said Nokia President and CEO Stephen Elop. “Additionally, with HERE we can extend our 20 years of location expertise to new devices and operating systems that reach beyond Nokia. As a result, we believe that more people benefit from and contribute to our leading mapping and location service.”

To further extend its location services, HERE is launching a maps application for iOS. Based on HTML5, it will include offline capabilities, voice-guided walk navigation, and public transport directions. The application is scheduled to be available for download from Apple’s App Store for free in the coming weeks.

Nokia further announced a strategic partnership with Mozilla to bring new location experiences tothe Firefox OS.Nokia plans todebut a mobile Web version of HERE Maps for the new Firefox OS next year. The companies are working together to give people the best mapping experience on Firefox OS.

“Mozilla is a leader in HTML5, building the Web as a platform for developing compelling applications, and location is a key part of that platform,” said Jay Sullivan, Mozilla Vice President of Products. “We are excited to work with Nokia as the combination of Firefox OS and HERE’s location platform provides rich possibilities for mobile application developers to create amazing experiences for users.”

Nokia also demonstrated an Android OS-based reference application and announced plans for the availability of a HERE SDK for Android in early 2013. This is aimed at enabling partners to create location-based applications for Android devices with Nokia’s leading content.

To advance the 3D capabilities of HERE, Nokia announced the planned acquisition of Berkeley, California company earthmine. earthmine’s reality capture and processing technologies will become integral parts of HERE’s 3D map making capabilities. Nokia expects the transaction to close by the end of 2012.

“Maps are hard to get right – but location is revolutionizing how we use technology to engage with the real world,” said Michael Halbherr, executive vice president of Nokia’s HERE. “That’s why we have been investing and will continue to invest in building the world’s most powerful location offering, one that is unlike anything in the market today.”

Using LiveSight™ to see more of the real world

As part of its announcement, Nokia introduced LiveSight™, a technology based on a highly accurate, 3D map of the world. LiveSight™ provides the most precise and intuitive augmented reality experience and uses a phone’s camera viewfinder to make discovering the world as easy as lifting up a phone.Nokia City Lens, which was developed exclusively for Nokia Lumia devices, is the first application providing a LiveSight-enabled experience.

“Establishing a new brand is the right move for Nokia in the map and location business. Nokia’s assets in this space are world class. We believe mapping and location will be increasingly important to developing next generation devices and services across a wide array of segments,” said Crawford Del Prete, executive vice president and head of worldwide research at IDC.

About Nokia
Nokia is a global leader in mobile communications whose products have become an integral part of the lives of people around the world. Every day, more than 1.3 billion people use their Nokia to capture and share experiences, access information, find their way or simply to speak to one another. Nokia’s technological and design innovations have made its brand one of the most recognized in the world. For more information, visit http://www.nokia.com.ph.
Follow us on Facebook https://www.facebook.com/nokiaphilippines and Twitter https://twitter.com/
NokiaPilipinas.