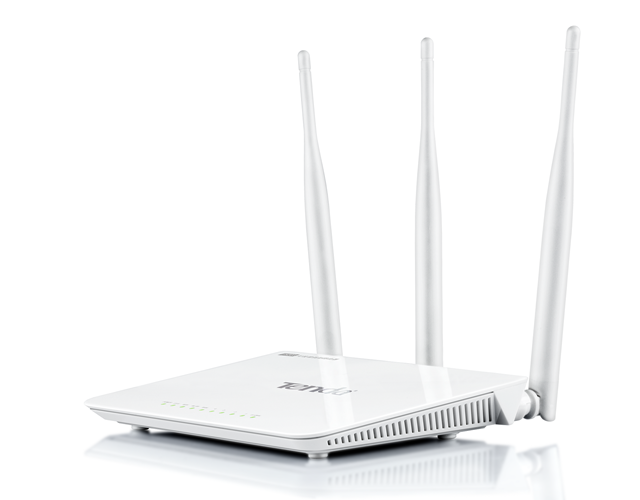 TENDA, a new kid on the block in the wireless distribution system in the Philippines, is set to impress the consumers with its easy-to-install units and reliable data connection of up to 300 Mbps.

According to Charlie Jiang, company sales manager for the Philippines, TENDA is set to win the competition against other wireless solution brands in the market.

“TENDA’s edge against the other routers are, it is easy to set up or install and its parts are made by Broadcom chipset company (famous WIFI chipset maker in the world),” Jiang said.

Jiang explained that TENDA’s edge over competitors does not stop at providing quality routers but, extends to after sales services.

“The guaranty time for TENDA routers in the Philippines is two years since the date when the customers bought it from the authorized dealer’s stores,” Jiang said.

Jiang added that should customers come across a defective unit, technical support can be easily reached through the hotline.

“If there is any problem about the hardware, the customers just have to consult our dealer’s technicians to solve it,” Jiang said.

“If the technician cannot troubleshoot the problem, the dealer will send that unit back to our distributor BELEXIS then our engineers will test the RMA unit first and then try to fix it or replace it in 7-15 days according to the problem,” Jiang said.

Jiang promises to bring the finest internet connection experience in the office and at home for TENDA customers.

“The purpose of TENDA Philippines company is just to let the Filipinos enjoy surfing the wireless network easier by using our easy set top TENDA router in an affordable price and good service ,” Jiang said.

Sharing the best data experience with W3002R and FH303

W309R+ and FH303 is the perfect combo to heighten the data connection experience that hits 300 Mbps and provides the widest area coverage.

Jiang explained the W3002R is a powerful wireless solution made for home and office use that offers reliable internet connection for faster downloads.

TENDA-W3002R has detachable antennas that use the universal repeater technology which allows wider area coverage,

Security issues have also been resolved with the W3002 as it offers multi-level encryption options to prevent unauthorized access to safeguard important data.

FH303, on the other hand, resolves dead spot troubles at home and in the office that slows down fun and work.

As TENDA is committed to customer satisfaction, the FH303 is made to deliver quality internet connectivity with a push of a button.

“FH303 is also a high power router with a button on the rear side ,that can adjust the router ‘s performance mode to be normal signal or high signal mode,” Jiang explained.

“When the router is working in normal signal mode,it also can save the energy, we call this as the green energy saving,” he added.

Two rear side buttons can be found on the unit. The first button allows users to adjust wireless signal effectively and conveniently while the second button serves as security lock.

Other features of this model include several filters like bandwidth control, MAC Address clone, remote web management and system log.

No more deadspots at home with W309R+

One of the highlights of TENDA wireless solution technology is affordability and quality and that is exactly what the W309R+ has to offer.

Customers are in for a great deal with the last, but not the least, on the roster of the newly launched router models with its competitive market price and potent features.

According to Jiang, W309R+ can increase data connectivity at home up to300 Mbps that can work with broadband internet connection.

This model can share with multiple computers considering the limits of a broadband internet connection.

Since not every household has a “techie” member, the W309R+ comes with an easy setup utility that makes it easy for family members to set up the unit.

This affordable model is more than its price worth when it comes with added features like the enhanced wireless distribution system which allows customers to set up a wireless communication between two or more routers in the area.

Despite its ability to connect to several routers, the W309R+ does not compromise the security of data of its users as it is equipped with a multi-level encryption feature.

About TENDA
Founded in 1999, Tenda Technology is the recognized leading supplier of networking devices and equipments for consumer, SOHO and small business users. Tenda has committed to delivering easy-to-install and affordable networking solutions for its customers, offering innovative, award-winning products that enhance people’s lives and productivity.Our product lines include WiFi devices, ADSL CPEs, Ethernet switches, mobile broadband(3/3.5/3.75G) devices and wired routers.
Based in Shenzhen, China, where our ISO9001:2000 certified facilities, plus ten automated SMT lines and assembly lines, produce 80,000 units of CE- and FCC-marked items per day.
Since 2007, Tenda has started launching its global branding efforts. Until now, through our worldwide distribution channels, Tenda distributes products to more than 100 countries around the world. In 2009, our total revenue was recorded at 151Million USD. In which, revenue from overseas was 41Million USD, accounting for 27%, up from 19Million in 2007 and 28Million in 2008.
About Belexis
Belexis Concepts Inc.began operations in February 2010 as an IT distribution company for Acer products. A sister company of Banbros Commercial, Inc., Belexis quickly established itself as a leading distributor of eMachines and Acer Commercial products nationwide.
Its network of dealers, corporate resellers and retailers serves as the core distribution channel nationwide. It aims to be the leader in the distribution of IT products and is committed to maintain a dominant position in the market. Beginning 3rd quarter 2010, Belexis began offering Gateway products as it expands its product line to serve the different markets. Edifier speakers were added to its line in October, 2010.
In November 2010, Belexis became a distributor of Imation and its brands, TDK, Memorex, XtremeMac to forge into the CE market. It continues to seek an array of IT & CE products to serve its growing market.