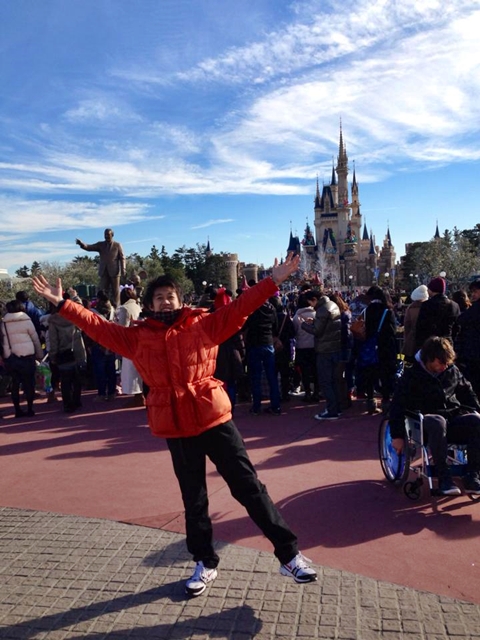 If there’s one place in my bucket list that I wouldn’t skimp on (resources-wise), that would be Japan. I feel my fernweh going stronger as years pass by… longing for this foreign land that I’ve never been personally but have read so much about.

Luckily, I have a relative whom I used to play with during my childhood whenever I would be at my aunt’s place in Quezon City (we’re only a few years apart), who’s currently living and working in the land of the rising sun. Thanks to Facebook, I was able to get in touch with him again just this year and ask for stories or see pictures on my newsfeed.

Kuya Michael has been to Tokyo Disneyland thrice already and (I think) did a trip to Tokyo DisneySea as well. During our short conversation (more like me asking him to make kwento haha!), I got to know a little bit about the theme park and Japan in general 🙂

Kuya said that food taste and image are important to Japanese..

He shared with me one of this favorite rides called Space Mountain, where you won’t see where you’re going since it’s dark, aside from the light effects that mimics space.

During his most recent visit, there was a night time electrical parade called “Dreamlights”. He mentioned the haunted house with realistic ghosts (holograms, maybe?) and Star Tours (Star Wars theme) which has 3D effects and he finds it really awesome. Too bad you can’t take pictures inside 🙁

For him, it’s always a joy to go to Tokyo Disneyland!

I know there’s more to Japan than this. Whatever it is that made me love this country, this theme park will definitely be part of my itinerary (oops, I didn’t mean to rhyme :P) along with all the other Disney theme parks around the globe!

Before anything else, I should study the language, save up and do lots of planning!

How about you? Where do you want to travel?