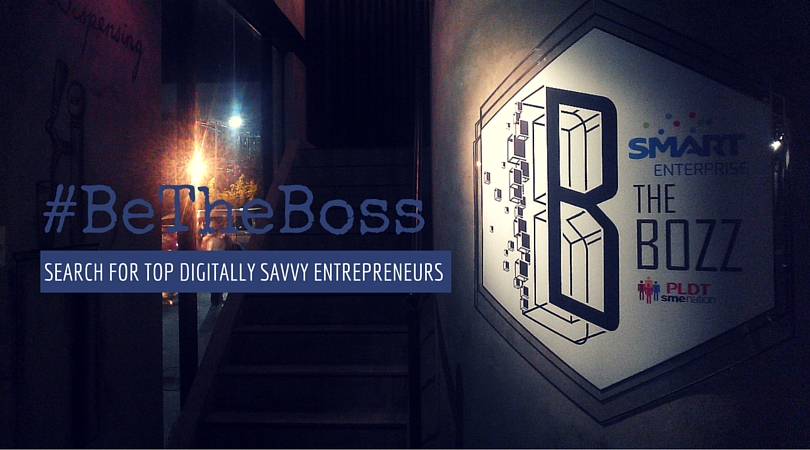 Once I had a startup idea that I wanted to do so badly but I did not pursue it. Passion is good but if do not prepare yourself for what’s ahead (I’m talking about doing your research, preparing a marketing plan, building your unique selling proposition or USP, etc.), you will fail.

In the Philippines, nine out of ten startups do.

Why? Top reasons include being disconnected with their customers, no real differentiation in the market in terms of value proposition or failure to market it, and inability to nail an effective and profitable business model.

This post is not about failures, but rather the success of small and medium business owners – particularly in the field of mobile readiness, e-commerce, social media, customer service, and social responsibility and entrepreneurship – who are harnessing digital tools to grow their business.

Smart Enterprise, under PLDT SME Nation, and Rappler launched a social media crowdsourcing search for the new generation of entrepreneurs called the Bozz Awards and one of them might be you!

“For years now, PLDT SME Nation has been known for our MVP Bossing Awards which celebrate Filipino business titans whose stories of success embody perseverance and continuous innovation. They are the industry icons start-up entrepreneurs look up to,” PLDT First Vice President and Head of SME Business Kat Luna-Abelarde explained. “The Bozz Awards is all about the new breed of entrepreneurs, who are just as persevering and innovative, albeit faced with a different set of challenges and opportunities in this digital age of doing business.”

Who are qualified to be a bozz awardee?

How can I nominate a bozz?

There are two ways: through the official Bozz Awards site or by tweet-pitching in 140 characters or less or an attached video answering the question: “What is the nature of your business and how have you used digital technology to make it grow?” with the hashtag #BeTheBoss. Nominations close on September 4.

What’s the selection process and criteria of a deserving bozz?

On September 7 – 8, entries will be internally shortlisted to only thirty (30).

The first panel deliberation will happen on September 9 where an esteemed panel of industry leaders will select the best three nominations for each category based on the following:

These fifteen (15) finalists will be voted out by the public from September 28 to October 16. Another panel deliberation will happen on October 19 – 20.

The final score will comprise of 60% panel’s deliberation score and 40% public voting score.

When will we know who’s the bozz and what are the prizes?

The first batch of Bozz awardees will each receive a full-powered Smart Enterprise Biz Kit with business-enhancing tools and gadgets, including year-long data subscription plus  a once-in-a-lifetime opportunity to see the world’s melting pot of technology via an exclusive Silicon Valley tour. Sweet!

Anyone you have in mind that you’d like to nominate? 🙂

The Bozz Awards is part of the line-up of activities for PLDT SME Nation’s recently launched Small Business Month celebration which is a pioneering initiative aimed at empowering small businesses to embrace the digital revolution.