It’s time for fans of Japanese arts and culture from the northern regions of the Philippines to experience EIGASAI.

EIGASAI, the Japanese film festival, has been around for the last 19 years. It has grown to one of the largest and popular in the country and attracting over 20,000 audiences annually. This year, the Japan Foundation, Manila is expanding its screenings to Baguio City!

First time in the City of Pines

Join the opening reception on August 11, 5:30PM at the SM City Baguio Cinema 3. This will be followed by the screening of the opening film, Flying Colors, at 7:00PM. 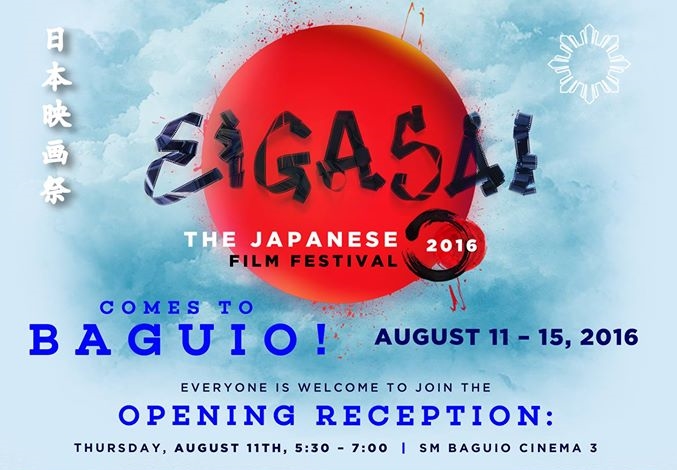 Flying Colors was specifically handpicked as the opening film for the academic city Baguio. The story revolves around Kudo Sakaya who ranks at the bottom of her class in an all-girl’s high school, with an academic skill of a fourth grader. She enrolls in a cram school with the goal of passing the entrance exam for one of the prestigious universities in Japan.

The screening of Crossroads is another highlight of this leg of EIGASAI. The film is set in Baguio City. It highlights the Japan International Cooperation Agency (JICA)’s Japan Overseas Cooperation Volunteers (JOCV) program. Filipino cosplay sensation Alodia Gosiengfiao stars as Angela.

SM City Baguio will host the following films from August 11-4:

Catch Chronicle of My Mother and Crossroads at the FDCP Cinematheque Baguio on August 15 – 21. All screenings are free. Seats are available on a first-come, first-served basis.

Aside from the free screenings, two winners will bring home a brand new printer and camera! Here are the mechanics:

Make sure your post is set to public! The campaign will run until noon of August 11. Winners will be announced at 6PM during the opening reception, where they may claim the prize.