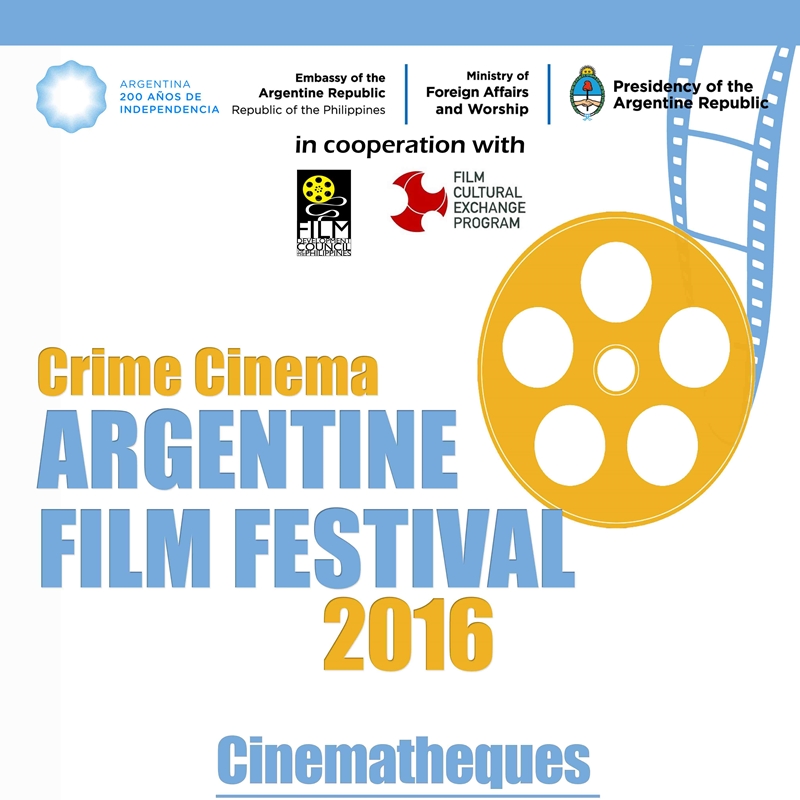 This year’s Argentine Film Festival is not yet over with the upcoming  “Crime Cinema” series.

Catch five (5) crime, drama and/or thriller movies to be screened this October at all FDCP Cinematheques!

Paco (2009 / Drama / 128 min) is the story of Francisco, a young psychics teacher who starts consuming drugs. His mother, a well known congresswoman and Nina, the woman who will try to save him from a horrible future.

When affluent Buenos Aires doctor Agustin sets into the shoes of this dead yokel brother, Pedro. In Todos Tenemos Un Plan (“Everyone has a plan” / 2012 / Drama, Thriller / Rated R / 118 min), he sets in train a series of events that will lead him into sights of the police.

Un Oso Rojo (“Red Bear” / 2002 / Drama / 94 min) focuses on the life of Ruben, an ex-con who’s trying to put his criminal past behind him. He finds that his ex-wife is now living with Sergio and his daughter, Alicia, has forgotten who he is.

A retired legal counselor writes a novel hoping to find closure. One of his past unresolved homicide cases and for his unreciprocated love with his superior. Both still haunt him decades later in El Secreto de Sus Ojos (“The Secret in Their Eyes” / 2009 / Crime, Drama, Investigative / 126 min).

All screenings are free on a first-come, first-served basis.

This event is made possible by the Embassy of the Argentine Republic in the Philippines and the FDCP through the Film Cultural Exchange Program.