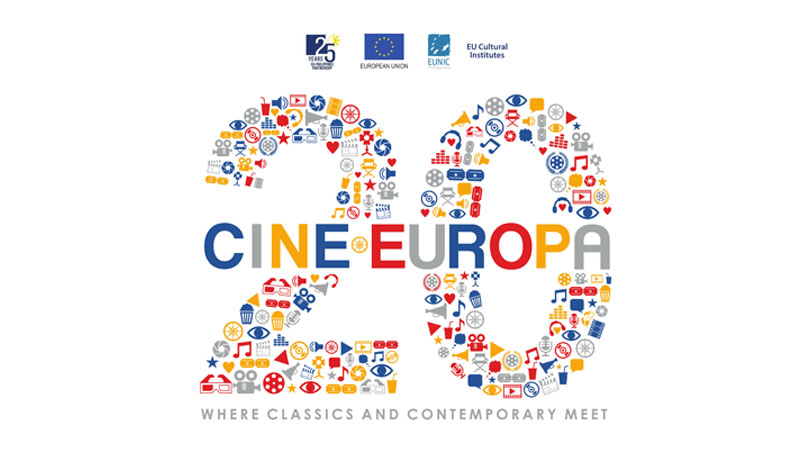 A lineup of twenty-four critically acclaimed films will be screened for Cine Europa 20!

First Secretary Jerome Riviere of the EU Delegation of the Philippines said that this year’s entries have the charm, mysticism and elegance of the European past and the dynamism and vigour of contemporary films. The selection came from sixteen (16) EU nations including Austria, Belgium, Bulgaria, Czech Republic, Denmark, France, Germany, Hungary, Italy, The Netherlands, Norway, Romania, Slovakia, Spain, Sweden and United Kingdom.

The festival also has an educational component wherein it pays tribute to Filipino filmmakers we works have been acknowledged in Europe through special screenings and forums.

Cine Europa takes a road trip after its edition in Shangri-La Plaza (September 16 to 26). Watch out for the festival in the cities of Baguio, Cebu, Iloilo, Tacloban, Baybay, Puerto Princesa and back to Manila. For the first time, Cine Europa is traveling to Ateneo de Naga University.

Deine Schönheit ist nichts wert / Your Beauty is Worth Nothing

The film follows 12-year-old Veysel as he flees with his family from Turkey to Vienna and struggles to fit in. To cope with the feat of deportation and the tension in his family, Veysel turns his attention to his studies, as well as towards Ana, a classmate he’s in love with

Don’t miss the story of Hassan, a baron who wants to do more than just lounge about. However, his dreams hit walls, from his inability to approach his friend’s sister whom he loves, to pursuing a career of making people laugh.

On the borderline between childhood and adulthood, when life is a string of easy decisions, the world of half-sisters Iva and Maya is about to change drastically. They would have to find answers to questions grown-ups don’t even dare to ask. Can the two teenagers make decisions of life and death?

Lovers of fantasy are in for a treat with this comedy that follows Angel Petronel’s quest to retrieve fruit of the Tree of Knowledge that has fallen down to earth. His adventure leads him to discover the power of friendship, love and forgiveness.

This 1988 Best Foreign Film Academy Award winner is based on the tale by Isak Dinesen. It follows the story of Babette, a Parisian fugitive following the 1871 Commune of Paris uprising as she changes the lives of the villagers who take her in.

This second Danish film offering features a young, penniless poet as he scrambles to survive in Oslo in 1890. Based on the novel by Knut Hamsun, the story follows Pontus as his hunger takes over and the line between fantasy and reality becomes increasingly blurry.

Jim moves in with his friend Jules and his family, but things get messy when Jules asks Jim to start seeing his carefree wife Catherine in the hopes that she will stay at home with him and their daughter.

Academy Award-nominated actress Isabelle Huppert stars in this film as a forgotten European singer who fades into obscurity as she works in a pâté factory. However, the arrival of a young aspiring boxer causes her to start dreaming again and planning her comeback.

This German thriller will keep you on the edge of your seat as a two-bit Berlin criminal makes a mistake when he delivers smuggled loot for his boss and must come up with 100,000 Deutschmarks in 20 minutes. He enlists the help of his girlfriend Lola, the daughter of a bank manager, to help him get the money. Afraid that she will lose her lover, Lola runs through the streets of the city in a race against time.

Terrorists have hijacked a plane with 164 passengers and are steering it towards a football arena where there are 70,000 people. Major Lars Koch must make a difficult call as he faces the difficult question of whether the lives of a few are worth sacrificing to save many.

A heavily neurotic young man starts to see his father’s ghost, and while he helps the spirit cross to the otherworld, something happens that they could never achieve in their common life: they finally understand each other.

This 50s Italian masterpiece is about a group of small-time thieves who attempt to burgle a state-run pawnshop in Rome. Known for its incredible cast and breezy jazz score, this film is considered one of the best of its era.

This Italian drama follows a young filmmaker who gets caught in a terrorist attack while shooting on location in Iraq. He is seriously wounded and brought back to Italy, where the press has been fed a different narrative from the actual events. Years later, he decides to set the story straight through a novel.

This film is based on the true facts on the fateful day in 1963 hen, due to plunging temperatures and rough terrain, thousands of skaters suffered frostbite and shocking injuries. Only a small number would cross the finish line, but for those who did, it was to be a life-changing event!

Inspired by a legend from the 12th century, this Norwegian film tells the story of a young boy who sees his family slaughtered by a feared tribe of Tsujudes, taken prisoner by the party, and must act as their pathfinder. The first feature production ever to be shot in the Sami language, the film follows the boy as he attempts to escape his captors.

This film takes place shortly before the real-life disaster of a tsunami caused by a collapse of a mountain 80 years ago. It focuses on an experienced geologist and his family as they scramble to stay alive – and stay together.

At Radu Maligan’s 94th anniversary, the family members and the former colleagues of the old man come to his birthday party. Everything gets complicated when half of the guests try to convince Radu to confess his sins to a priest, while the others argue that no one should be forced to do something beyond their will.

Tables keep turning on Dinel as he catches a break from his unhappy life by winning the lottery. Unfortunately, the bag with his ticket ends up stolen by two gangsters. With the help of his best buddies, he sets off on a madcap journey to chase them down.

Perinbaba is a charming Slovakian adaptation of a short story by the Brothers Grimm. The Feather Fairy lives in the sky and gives snow to the people. She lives with a boy called Jakob, who one day ventures into the human world and falls for a peasant girl.

Drawing inspiration from paperback crime novels, Wilsonov follows an unlikely pair of detectives as they search for a mysterious murderer in a German town that would eventually be known as Bratislava. Based on the territorial disputes that followed the end of WWI, this Slovakian film will capture the attention of history buffs and adventure seekers alike.

This work of satire is cited as one of the best 1000 films by The New York Times. Guests at a dinner party discover they’re unable to leave the room. Over the days that follow, they each slowly shed their perfect facades and pretenses of power to reveal the uglier side of human nature.

Flickan Mamman och Demonerna / The Girl, The Mother and the Demons

This is the harrowing tale of Ti, whose mother claims that demons have taken over the apartment where they live. However, Ti can neither her nor see the spirits her mothers fears so intensely. She’s forced Ti to hide with her in the garbage. Will Ti able to help her mother fight her demons, along with her own?

A multimedia feature film about gentrification in Brixton, London, incorporating fiction, documentary, performance art, photography and animation. Nina is a young stifled artist who returns to her community after a long absence – she is soon painted as a symbol of gentrification. As she struggles with her own complicity, she embarks on a mission to create a piece of art that can bring her community together.

SCREENING AND DOING A FILM IN EUROPE

1:00 PM – Screening of “2Cool To Be Forgotten”, winner of the audience choice award for the Torino Film Festival.

3:30 PM – Screening of the documentary Journeyman Finds A Home (The Life Story of Simone Rota). Featuring the life story of the Fil-Italian football player now playing for the PH National Mens Football Team, Simone Rota who was abandoned as a child and was raised in Italy. This is followed by an open forum with film makers Doy Del Mundo, Albert Almendralejo, Maricel Cariaga and Simone Rota.

MAKING WAVES AND RECOGNITION IN EUROPE

1:00 PM – 6:30 PM – Film Screening of Lav Diaz epic “ Mula sa Kung Ano ang Noon” (338 min) Grand Prize winner (Golden Leopard} in the Locarno Film Festival in 2014, the first Filipino film to be in the main competition of the said festival and first to win the Golden Leopard. It also won the FIPRESCI award, Junior Jury Award and the Don Quixote Award. It also won the Best Foreign Language Film in Sao Paolo Film Festival and has done the rounds of festival from Locarno, Nurenberg, Vienna, FICUNAM and Asia.

Hazel Orencio, winner of the Boccalino D’Oro Independent Critics Award for Best Actress for the said film, will introduce the film and will be joined by director Lav Diaz and film critic and educator, Richard Bolisay.